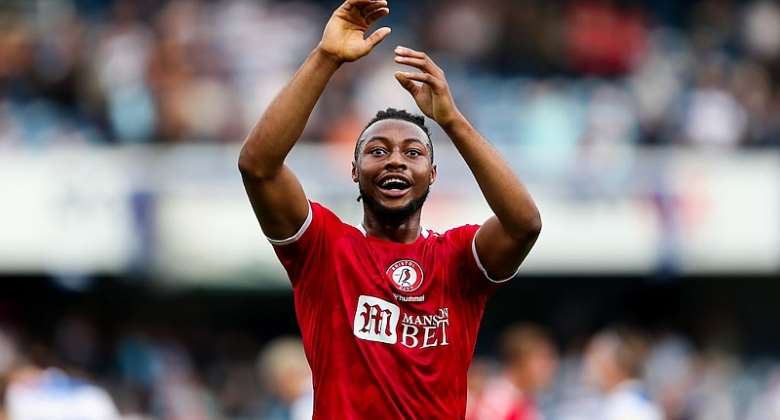 Semenyo, a former player of Sunderland received his first call up to the Black Stars in March but was unable to honor the invite due to injury. The young striker is hoping to make the squad for the 2023 Africa Cup of Nations qualifiers next month.

Semenyo who is enjoying a fine season with Bristol City in the English Championship disclosed that Asamoah Gyan's goals inspired him as a young striker growing up.

"I watched the Ghana-England game with my dad and Uncle at Wembly", he told Happy FM.

"We gave England a good game, Gyan scored in the game and it was a good goal. Asamoah Gyan influenced me the most. As a young player watching Ghana, he was the person everyone was watching or looking up to.

"Every time he scored the goals I was aspiring to be like him and want to be better than him and that will come with time," he added.

Semenyo has scored eight goals in 30 appearances this season in the English Championship this season.