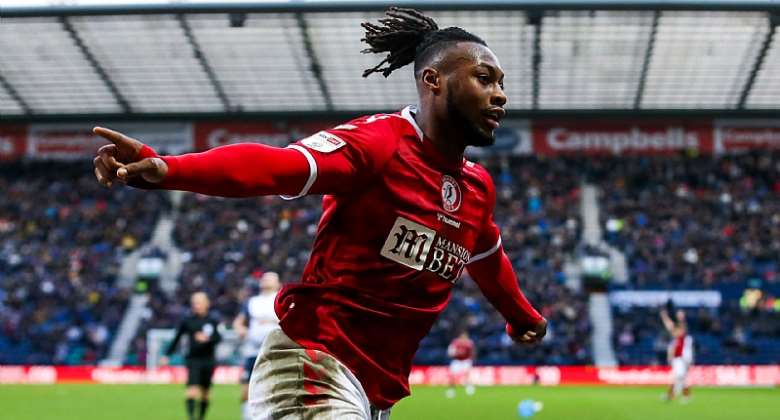 Bristol City striker, Antoine Semenyo says featuring for Black Stars at the World Cup will be one of the biggest achievements in his career.

The 22-year-old, having switched nationality missed Black Stars' 2022 World Cup play-off against Nigeria due to injury.

Speaking to Accra-based Happy FM, Semenyo indicated playing at the World Cup will be one of the biggest achievements of his career.

“I am hoping to come for the qualifiers in June. I am ready to go. I am ready physically, and mentally to play on the African continent," the young promising forward said.

“The World Cup could be one of the biggest achievements in my career. Not many people get the chance to do that and I would be glad to say that I have.

“I haven’t established myself to the Ghana fans and coach so I want to play as many games so I can show people what I can do. I feel like being very clinical and if you give me one chance I will score," he added.

Semenyo has been on rich vein of form for Bristol City, scoring 8 goals and providing 12 assists in 30 matches in the English Championship.

Ghana have been paired with Portugal, Uruguay and South Korea in Group H for the Mundial that kick off in November later this year in Qatar.

Burundi's Gatumba massacre offers a window into the past and...
16 minutes ago