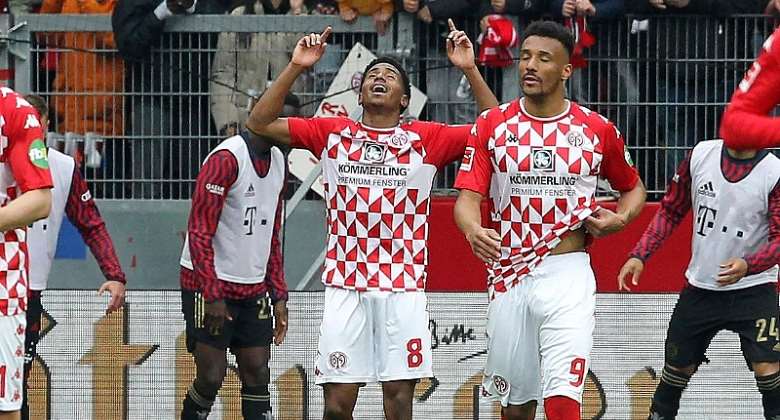 The champions were targeting records for away goals scored and away points won in a season but ran into a highly motivated Mainz who dominated from the opening kick-off.

The hosts won a corner within 18 seconds and when Jonathan Burkardt fired them into the lead in the 19th minute the only surprise was that it had taken so long.

Mainz had already hit the post twice - and they would do so five times in the match - and completely overwhelmed Bayern in midfield, asphyxiating the champions' forwards.

Captain Moussa Niakhate tapped in an Anton Stach flick-on for 2-0 on the half-hour and it was no more than his team deserved.

Robert Lewandowski gave Bayern a foothold with a brilliant goal on the turn but it was one of only two shots Bayern managed in the match.

Leandro Barreiro sealed the win when a huge deflection looped his shot over Sven Ulreich and in off the crossbar.