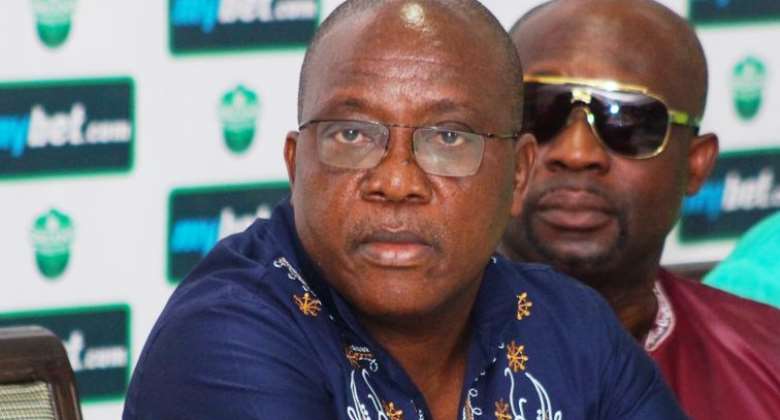 The e-ticketing was introduced by the government ahead of the Ghana v Nigeria 2022 World Cup playoff game last month.

The system was used when Asante Kotoko hosted their rivals, Hearts of Oak at the Baba Yara Stadium in the matchday 24 games.

Despite the successful implementation, Mr. Fianoo said they will resist the decision by the FA and government.

“We are going resist it fiercely because it has been imposed on us," he told the Ghanaian Times Newspaper.

“Why should the government impose a company on us to handle the e-ticking without getting us involved,” he added.

Electronic tickets allow organizers to avoid the cost of producing and distributing physical tickets by transferring costs to the customer, who must own electronic hardware and purchase internet access to receive their ticket.

He said GHALCA was not against e-ticketing per se, “but there should have been a lot more engagement.”

“If we’re all working as a team to raise standards, then I think there should be a concerted effort instead of dumping things on us.”

According to experts, the new ticketing system will address the inefficiency and corruption within the ticketing regime in Ghana football.

“As I said earlier, GHALCA is not against digitalization, but there must be good engagement with the clubs. As it stands now, a company is charging five percent of the gate proceeds for its e-ticketing services when we are not involved in its engagement. If we (GHALCA) had been involved, the percentage could have been lower,” he asserted.

Mr. Fianoo called on clubs to remain focused and keep eyes open “so we’re not taken for granted.”

“E-ticketing is no law and it must not be imposed on us as we’re ready to fight it off unless there’s a much broader collaboration among stakeholders on the way forward,” the GHALCA boss insisted.