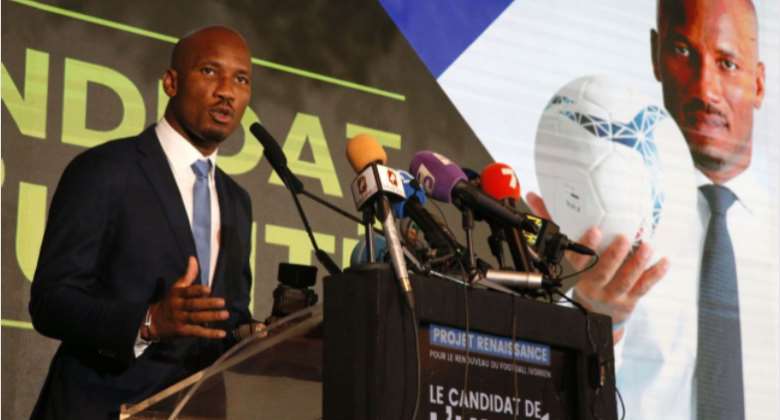 The former Chelsea and Ivorian striker lost in the first round of the elections held on Saturday.

According to Gaye, the first signs of Drogba’s defeat came in rejections from football clubs from his village and the association of Ivorian football players, adding that he did not truly immerse himself with the Ivorian football community.

“This the guy who never lived in Cote d’Ivoire in all those years. He just comes and plays and goes back to France,” Gaye said.

“Most of the other African players like Eto’o and Sadio Mane understand what the African culture means. They did a lot for their villages, they left a legacy in their villages

“The first team to come out publicly to say they will not be voting for Didier Drogba was a club from his village.

“Then the Professional Footballers Association of Cote d’Ivoire, which Drogba helped to form, also turned their back on him.

“Now, if your football family and your physical family both reject you, by what miracle are you going to win?” he quizzed.

Franklin Cudjoe back calls for probe into Covid-19 expenditu...
24 minutes ago

North East: One killed in clash between two communities
24 minutes ago