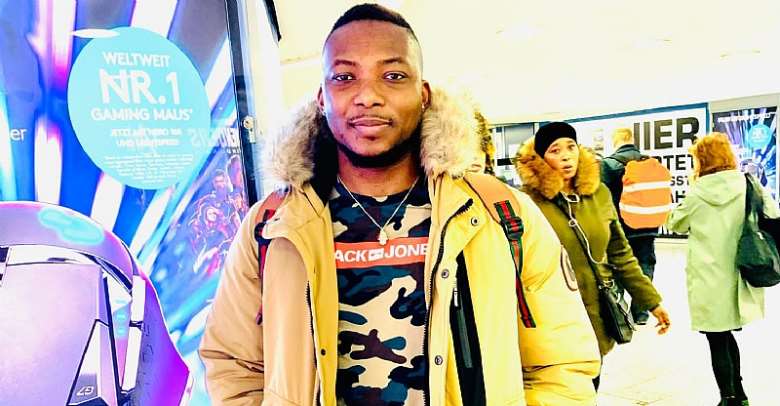 A total of over 100 riders, both foreign and local participated in the just-ended biggest bike race dubbed "RideAfrique Accra Criterium" last Saturday at the Accra sports stadium.

The 30 Laps (105km) race organised annually by RideAfrique Limited in collaboration with the Ghana Cycling Federation (GCF) is aimed at improving cycling in the country as well as discovering world champs for international recognition.

Mr. Richard Agu, Chief Executive of RideAfrique Limited in an exclusive interview with this portal thanked the media and corporate entities for the tremendous support.

"I want to use the opportunity to thank you all the media for the effort in pushing this agenda of making the event successful.

"I also want to express my profound gratitude to all the companies who came on board to support us. I am hoping to see you next year for a bigger event. Your support this year was impressive," he added

He also acknowledged the participants for the zeal displayed and their sportsmanship character.

"The Cyclists also did very well, despite the rains, they were able to finish all the laps and I am extremely happy for them. This shows that Ghana cycling is moving to the top," he noted.

He envisages that RideAfrique becomes a global brand for all cyclists.

"We are working closely with the Ghana Cycling Federation for a possible collaboration ahead of the African games next year. RideAfrique is here to stay and we are poised on making it to the top with our events," he noted.

Mr. Richard Agu also lamented on the low patronage of women in cycling.

"I want to encourage all women out there to venture into cycling and also participate in any event. The turnout with the women here wasn't encouraging but they can do more if they join," the CEO, Richard Agu said.

They took home a whooping GHC2000, GHC1500 and GHC1000 as cash prizes, medals plus trophies respectively.

Fatima Deborah Conteh from Sierra Leone with a time of 1:25:55.16 (15 laps) also won the female category after some stunning display of biking skills to cross the finish line.

She was awarded GHC1000, a certificate, medal and trophy.

However, the 4th to 10th placed riders also received cash prizes and medals from the organisers to compliment their efforts.

All cyclists were also awarded certificates of recognition/participation.

Ghanaian celebrities such as Bismark The Joke, Reggie Rockstone among others were also in attendance to support the initiative with products.