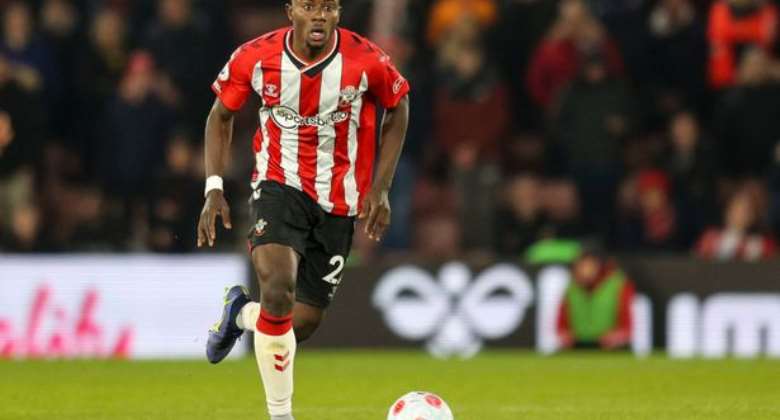 Asamoah Gyan would welcome Southampton defender Mohammed Salisu into the Black Stars set-up ahead of the World Cup should the center-back avail himself for national duty.

The 22-year-old despite his fine form in the Premier League has refused to play for the national team despite several attempts.

Ahead of their World Cup qualifying play-off clash with Nigeria last month, Ghana caretaker boss Otto Addo held another meeting with Salisu to convince the defender to change his mind.

With the 2022 World Cup less than seven months away, Gyan, who is a former Ghana captain has called for the inclusion of Salisu in the Black Stars squad for the global showpiece.

“Why not, he is not only the best defender in the Premiership, but the Premiership is also the best league in the world,” Gyan said on Peace FM when asked whether the Southampton man should be considered for the World Cup.

“If he is rated among the top three defenders, definitely he is eligible to play for the national team if only he is in the plans of the coach and he [Salisu] has it in mind to play [for the country].

“He should be ready for the national team, but it will depend on him and the technical team.”

The center-back, however, rejected the call one more time.

“I watch him as a fan because he is doing well at Southampton,” Gyan added.

“I think he is one of the top three defenders in the Premier League and he being a Ghanaian, I think he is selling the country.

“He is performing well but I don’t know if he wants to play for the national team.”

Salisu has been hailed as one of the best defenders in the Premier League this season, as he currently stands as the player with the most interceptions so far.

He has made 29 league appearances for the Saints this term, starting in all but one of the matches.