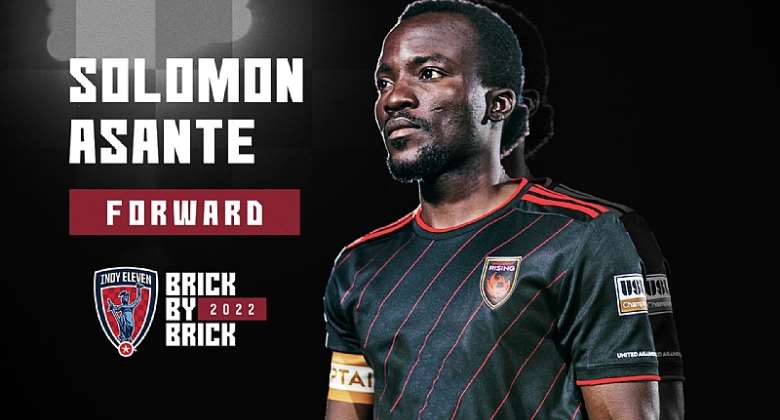 The two-time USL Championship Player of the Season has joined his new club having left Phoenix Rising SC at the end of the 2021 football season where he finished as one of the top-rated players in the division.

“In one of the biggest signings in club history, Indy Eleven added to its attacking firepower with today’s addition of two-time USL Championship Most Valuable Player Solomon Asante.

“Per club policy, details of the contract that brings the influential Ghanaian forward to the Circle City will not be released. Asante is currently undergoing the immigration process necessary for his arrival in the United States, and while no exact timeline is available the club expects him to commence training in Indiana in approximately the next three weeks,” an official club statement from Indy Eleven said on Monday evening.

Solomon Asante, 31, has joined Indy Eleven with a lot of experience and will be playing a key role for the club throughout the 2022 USL Championship season.

In the past, the Ghanaian played for Berekum Chelsea, TP Mazembe, as well as ASFA Yennenga.

Going to the IMF with Ken Ofori-Atta leading will yield no r...
31 minutes ago