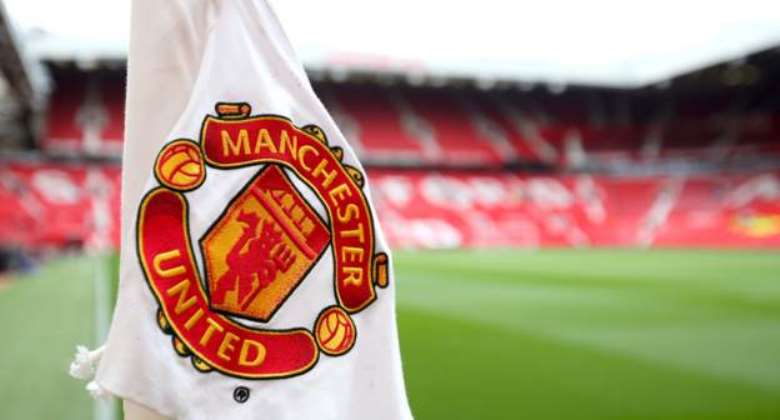 Manchester United will finish the season without a trophy for the fifth time in a row, putting the club at yet another crossroads. After being knocked out of the Champions League by Atletico Madrid, the team is in the midst of its worst trophy drought in 40 years.

The post-Sir Alex Ferguson era at Manchester United has been marked by a downward spiral, with the club winning just three major trophies in the nine seasons since the legendary Scottish manager's departure.

The club is currently sixth on the Premier League table, having spent around £120 million in the summer on Cristiano Ronaldo, Raphael Varane, and Jadon Sancho.

The club’s poor form has made David de Gea believe that someone must have put a "curse" on Manchester United. "I think someone has put a curse on us or something," De Gea told Spanish publication El Pais.

"The truth is I don’t know what’s going on. I really don't." People always ask me and we talk about it as teammates, and we just say, "we don't know what's happening." We should have competed for more trophies and bigger titles, but I just don't know why this team doesn't function, "he said.

If indeed Manchester United have been cursed, this would not be the first time a "curse" has been placed on a football team. There’s the famous Benfica case where Bela Guttmann, a former coach of the club (1959–1962), placed a curse on the club for refusing him a worthwhile pay rise, which led him to leave the club. When leaving, Guttmann placed a curse on the club: "Not in a hundred years from now will Benfica never be European champion." True to his word, Benfica haven’t won the competition since.

Since 1962, Benfica have reached eight European finals: five in the European Cup and three in the UEFA Cup/Europa League, but they have lost all games.

When Southampton moved to St. Mary's in 2001, they struggled to win games. It took four months for them to win their first game in the stadium, and it happened after a witch doctor sprinkled some holy water on them.

Cerridwen Dragonoak Connelly, the Pagan witch who lifted the curse, said: "I performed a ritual there and, because of my upbringing, I did it in Welsh." I performed a cleansing of the ground in Celtic tradition, but athletes are a very superstitious bunch, so I did a blessing for some positive energy and it has obviously worked.”

Since Sir Alex Ferguson's departure from Manchester United in 2013, the club has gone through seven managers.

David Moyes was appointed as the club's first manager after Ferguson retired, and he was dubbed "the chosen one" after being hand-picked by Ferguson. He signed a 6-year contract with United, but his tenure lasted only about 10 months, during which time he won the community shield.

Ryan Giggs, a club legend, served as caretaker coach before Louis Van Gaal took over after leading the Netherlands to a third-place finish at the 2014 FIFA World Cup.

He lasted just two years at the club, winning the FA Cup in 2016.

Jose Mourinho won the Europa League, the League Cup, and the Community Shield during his three-year tenure at the club, outperforming any other manager since 2013. Then came Ole Gunnar Solskjaer and Michael Carrick, and now Ralf Ragnick, who appears to be on his way out to make room for a new manager.

The club has also spent a lot of money on bringing in players. During the 2020 summer transfer window, the club surpassed £1 billion spent on players since Sir Alex Ferguson retired in 2013.

However, things do not go as planned, as the club's five most expensive signings have all failed to make an impact on the team (Paul Pogba, Harry Maguire, Jadon Sancho, Romelu Lukaku, and Angel Di Maria).

Paul Pogba, who was named the best young player at the 2014 FIFA World Cup and was named in the FIFA FIFPro World11 in 2015 before his world record (£89.3 million) move from Juventus to Manchester United in 2016, has failed to live up to the expectations set for him at the club level.

In an interview with Le Figaro, Pogba addressed the issue of why his form is better for France than for United, claiming that he has a more clearly defined role for his country.

It's simple with France; I play in my position. I know my role and I feel the confidence of the coach and the players. '

It's normal to feel a difference at United because it's hard to be consistent when you often have a change to your position, the team system, or your partners. 'At United, do I really have a role? I ask the question, but I don't have an answer. '

Luka Shaw has also addressed a similar issue, explaining why his national team form has always been superior to his club form. "The environment here that Gareth creates, you always enjoy it. I think when I come here, for me it's about enjoyment, playing games with a smile on my face and enjoying it, "he said.

Romelu Lukaku is another player who believes he wasn’t treated fairly at the club.

He saw his two-year stint at the club as being in a deep hole.

He left the club for Inter Milan, where he scored 64 goals in 95 appearances across all competitions and led them to their first league title in 11 years in 2021.

There have been several complaints from former players about their time at the club, as well as how many of the players have found success since leaving, such as Memphis Depay, Angel Di Maria, Jess Lingard's loan stint with West Ham, and many others.

The big question remains: is Manchester United "cursed," or is their consistent poor run of form due to poor club management?