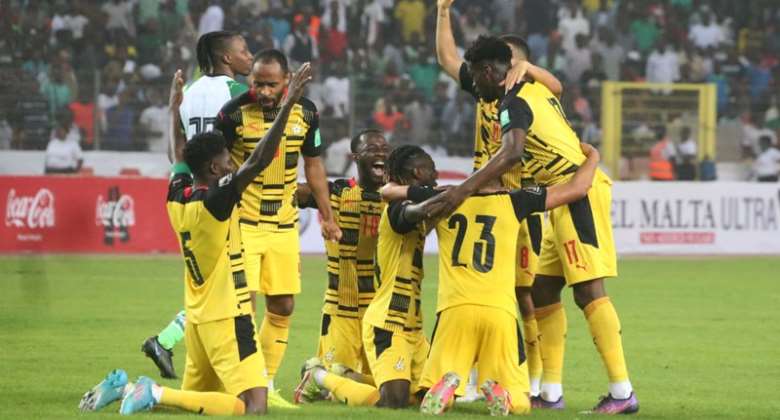 The thrilling drama on the last night of African qualifiers on Tuesday emphasised just how important the World Cup is in the footballing landscape and how the prospect of participating at the finals spurs players onto new heights.

There is nothing like a last-gasp win, or the drama of a penalty shootout, to produce a contrast of emotion -- the joy of knowing you are World Cup-bound is limitless while the despair of coming so close, but then missing out, must drain the soul.

As vanquished Algeria coach Djamel Belmadi said after they lost 2-1 at home to Cameroon and were eliminated on the away goals rule: “It is going to be hard to get through the next days.”

Next for Africa is to avoid a repeat of the disaster of Russia 2018, where all five teams went out at the first hurdle.

It was the worst World Cup return for the continent since 1974 and a stark reminder that, for all its ambition about producing a future champion, Africa still has some way to go.

The continent can ill afford a replay of that calamity in Qatar but the five 2022 representatives do not collectively inspire much confidence.

While Cameroon, Morocco, and Senegal have enough depth to go on and make an impact, Ghana and Tunisia must count themselves exceedingly fortunate to have qualified.

The Black Stars were far from impressive in edging past Bafana Bafana in the group phase last November and needed Nigeria to shoot themselves in the foot on Tuesday in order to qualify.

Tunisia had an awful Cup of Nations tournament in Cameroon at the start of the year, losing more matches than they won, and yet still made it to the last eight. They hardly created any attacking opportunities against Mali this past week either, relying on their defensive nous to advance.

If they had been drawn against a stronger opponent in the World Cup playoffs, they would not be booking any tickets to Qatar.

It is a problem for all the 32 competing countries that the World Cup is being played in November rather than the traditional June-July slot and therefore the usual one month of pre-tournament preparation is now reduced to seven days.

But exacerbating the situation is the fact the remaining international dates before the World Cup kick-off, in June and again September will be taken up with Cup of Nations qualifiers for the next finals in the Ivory Coast.

So instead of much-needed friendlies against top European or South American countries, the five African teams will have to play against other African teams, most of them ranked 100 or below. It is not the same intensity and therefore will leave the five World Cup-bound sides short on readiness.