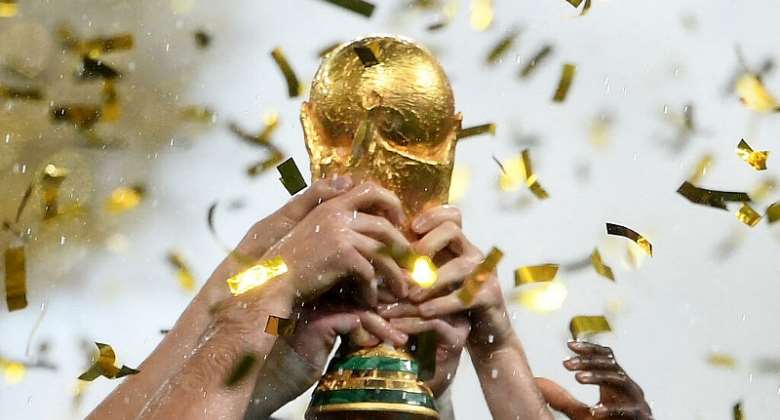 Defending champions France will find out their World Cup fate on Friday afternoon during a lavish draw ceremony in Doha.

Didier Deschamps' men are among the eight leadings seeds for the tournament which starts on 21 November.

Hosts Qatar will - as tradition demands - lead the way in Group A.

And then Brazil, who top the Fifa world rankings, will be in Pot 1 with Belgium, France, Argentina, England, Spain and Portugal.

Pot 2 will comprise the next eight teams in the ratings which include former champions Germany and Uruguay as well as the 2018 runners-up Croatia.

The same system will be used for Pot 3 - which will include the African champions Senegal - while Pot 4 will also hold places for the three winners of the intercontinental play-offs in June.

At the end of the sequence, eight groups of four teams will emerge. They will play a round robin of three games each and the top two from each pool will advance to the last-16 knockout stages.

Penalty shoot-outs will then decide matches which finish level after extra-time.

World Cup winners Cafu and Lothar Matthäus will be among the assistants for the draw which will be overseen by the former US player Carli Lloyd, the former England international Jermaine Jenas and the presenter Samantha Johnson.

"I am getting used to this, but it still gives me goosebumps," said Cafu, who will be taking part in a final draw for the third time after also playing in three successive World Cup final matches in 1994, 1998 and 2002, winning the trophy twice.

"It is nearly 20 years since I became the last South American player to lift the World Cup and it is a memory I will always cherish," added the 51-year-old Brazilian.

"Playing at the World Cup, when your whole country comes to a standstill to watch the game, is incomparable."

The 22nd football World Cup will be the first to be staged in an Arab country.

The 28-day fest in Qatar will be the second World Cup held in Asia after the 2002 tournament in South Korea and Japan.

As for the protocol on Friday night, teams from the same confederation will be kept apart in the pool stages with the exception of the 13 European teams.

As a result, five of the eight groups will contain two European teams.

One permutation could see France (from Pot 1) facing Germany (from Pot 2), Senegal (Pot 3) and Canada, who topped the qualifying table from the Concacaf region of central and North America.

"A World Cup in our region is a dream come true for every Arab footballer and football fan, said the former Qatar international Adel Ahmed MalAllah, who will be among the team of eight to assist the draw.

"This generation of Qatari players will make history on the pitch and we as a nation cannot wait to welcome the world here."

The Qatar tournament will be the last to feature 32 teams. The quadrennial event will increase to 48 sides for the 2026 tournament in the United States, Mexico, and Canada.

Eight stadiums in five cities in Qatar will be used throughout the month long tournament which will culminate at the Lusail Iconic Stadium on 18 December.