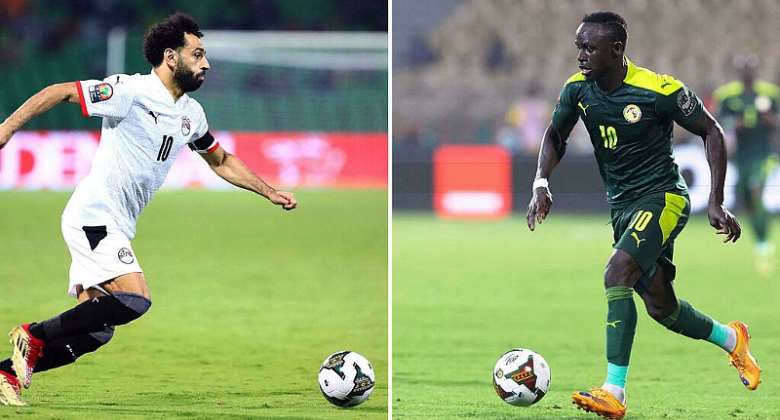 The second instalment of the trilogy featuring Egypt and Senegal dominated the narrative for the African play-offs for places at the 2022 World Cup fin Qatar.

Senegal claimed the first part with their gripping penalty shoot-out triumph in the final at the Africa Cup of Nations in Cameroon in February.

And with Egypt winning part two 1-0 courtesy of an Saliou Ciss own-goal, the final chapter on Tuesday at the Stade Abdoulaye Wade near Dakar will still produce tension.

Liverpool teammates Mohamed Salah and Sadio Mané both played on Friday night in the game at the Cairo International Stadium for Egypt and Senegal respectively. The duo are expected to feature in the final instalment.

"Everything is open. We need to be more powerful, we need to defend with all of our players. We will probably need to fight for our lives in Dakar," he added.

Senegal boss Aliou Cissé called on fans to ramp up the atmosphere on Tuesday night.

Urgency
"I've been in this business for years," he told reporters after returning with the team from Egypt.

"I was a Senegalese international and there is a mentality that our public has not yet adopted. We must have more chauvinism as we see in Algeria, Tunisia where journalists, politicians become supporters when the national team plays.

"I hope that on Tuesday those who want to come in suits and ties give their seats up to those wearing the team's shirts. We want to see the colours green yellow and red on the stands. I call on all these supporters to come and push the team."

Cissé was part of the side that reached the last eight in 2002 and he was in charge during the 2018 tournament where Senegal failed to advance from the group stage on a fair play rule introduced at the 2014 World Cup in Brazil.

Out
Senegal and Japan finished level on points, goal difference and head-to-head in Group C. But the Africans were eliminated due to having accumulated two more yellow cards than Japan.

Four years on, Senegal won't slump because of a couple of overzealous challenges. The away goal counts double in the event of a draw on aggregate.

That feature should give heart to Tunisia who won 1-0 in Mali. Moussa Sissako's own-goal offered Jalel Kadri's side the advantage and the chance to atone for their unexpected quarter-final exit to Burkina Faso in Garoua at the Cup of Nations.

Redemption also appears available to Algeria who won 1-0 in Cameroon.

The Algerians went into January's Cup of Nations as defending champions but they performed catastrophically and were dispatched after the group stages.

Despite the humbling, coach Djamel Belmadi stayed in charge.

Tribute
The former Algeria international hailed the 2,000 Algerian supporters who made the trip to Douala for the game and his team's defensive resilience.

"Honestly, we know our fans do everything to be the true 12th man. We're one of the few nations that can deploy this many people on the road. I thank them from the bottom of my heart," said Belmadi.

"In the sense that we had to make a lot of effort, to adapt to a new scheme. In difficult weather conditions, against a tough opponent who knows how to create offensive situations, we were heroic."

Cameroonian football chiefs may come to rue their decision to dispense with Toni Conceiçao who led them to third place at the Cup of Nations.

Chance
Rigobert Song - the country's most capped player - was installed at the end of February along with a new coaching staff.

They have 90 minutes to impress their employers and a demanding nation of fans.

Democratic Republic of Congo and Morocco was one of two games that ended in a draw.

With 15 minutes remaining of the first-leg in Kinshasa, Tarik Tissoudali cancelled out Yoane Wissa's 12th minute opener for the hosts.

Morocco coach Vahid Halilhodzic said his players have to maintain their focus.

And he urged Moroccan fans at the second leg in Casablanca to make their presence felt.

"After the draw in Kinshasa, we still have 90 minutes to reach the World Cup. We need your unconditional support," he said on social media.

Ghana and Nigeria provided the other draw. A cagey encounter ended 0-0 in Kumasi. A triumph of a kind for the new Ghana coaching team of Otto Addo and Chris Hughton.

New
Addo was installed as interim coach and Hughton as technical adviros after the disastrous Cup of Nations campaign that ended in the group stages with a 3-2 defeat to Comoros who were making their debut at the tournament.

Milovan Rajavec paid the price for the poor performances. But the elimination merely underlined the regression.

Since qualifying for their first World Cup in 2006 where they reached the last 16, Ghana were within a whisker of qualifying for the semi-final in 2010. But they slumped out in the group stages in Brazil four years later and did not qualify for the 2018 event.

Nigeria, by comparison, have been underwhelming once at the World Cup. A last-16 place in 2014 remains the highlight of their last three appearances.

Augustine Eguavoen's side dazzled their way past Egypt during a clean sweep of victories in the group stages at the Cup of Nations.

However, they were undone by Tunisia's guile in the last 16.

The former Nigeria international's charges will have learned from their downfall.

They would also do well to heed the words of Queiroz: "History does not talk about those who play better," he said after the first leg win over Senegal.

"As we know, Italy played well against North Macedonia in their World Cup play-off but they lost and they are out of the World Cup."