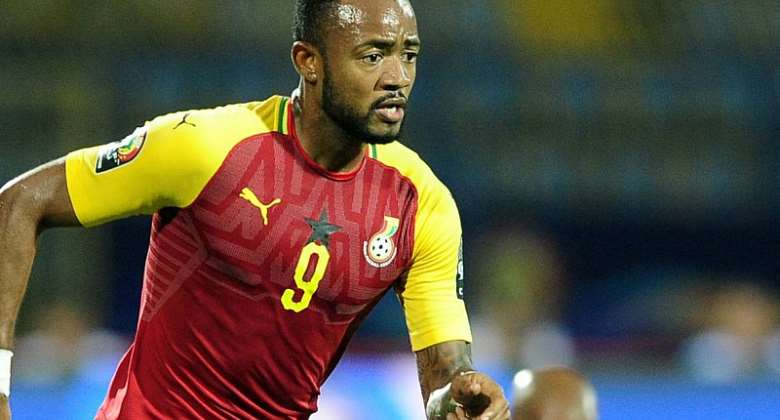 Brother of Black Stars striker Jordan Ayew, Rahim Ayew says he was disappointed by the reaction of the fans for Booing Jordan Ayew after alot of sacrifices he has done for the nation.

Jordan Ayew was booed by Ghanaian supporters after awful performance for the Black Stars against the Super Green Eagles of Nigeria in the 2022 World Cup Play off.

The boos were initially heard when the Crystal Palace forward was substituted in the 92minute.

Ayew was replaced in the 92nd minute by Kwasi Okyere Wriedt, who is based in Germany. Fans began booing as the Crystal Palace player made his way off the field, indicating that they were dissatisfied with Jordan's performance.

According to Rahim Ayew, his brother has offered a lot of sacrifices for the nation hence he doesn't deserve to be booed.

"Jordan Ayew has done a lot of sacrifices for the nation I was disappointed in the fans for Booing him but that is football you need to accept it like that, "Rahim Ayew told the media after Black Stars 0-0 stalemate score against Nigeria.

The four-time African champions hosted their rivals, the Super Eagles in the first leg of the 2022 World Cup playoff games at the Baba Yara Stadium on Friday night.

After an impressive start, the Black Stars who were eager to score failed to take their chances against the Eagles with the game ending 0-0.