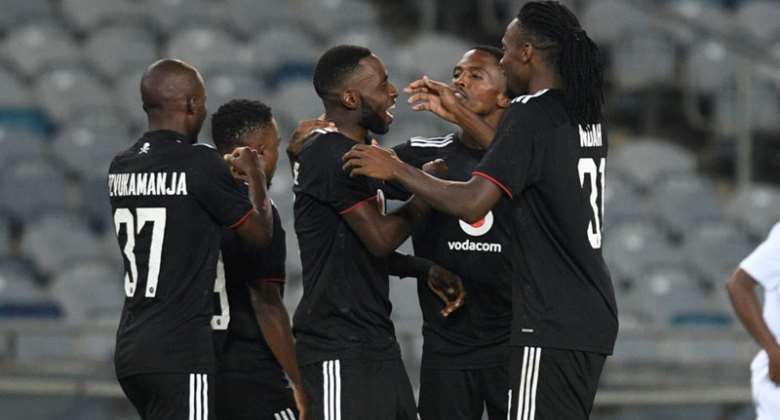 Pape Sakho's first-half goal earned Simba a 1-0 win over Moroccan side RS Berkane in Dar es Salaam and the win elevated the Tanzanian champions to the top of Group D standings with two games left.

Meanwhile, Al Masry were inspired to a 1-0 victory over the Congo-Brazzaville side outfit AS Otoho thanks to Hassan Ali's late goal and the Egyptian club climbed up to the top of Group C standings.

However, Al Masry are level on points with second-placed TP Mazembe after the DR Congolese giants drew 2-2 with former Cameroonian champions Coton Sport in Garoua.

While Pirates made it two wins in a row in Group B when they thrashed Eswatini's Royal Leopards 3-0 in Johannesburg with Fortune Makaringe, Kabelo Dlamini and Terrence Dzvukamanja scoring.

Therefore, the South African giants are two points clear of second-placed JS Saoura with the Algerian side having secured a 1-0 win over Libyan outfit Al-Ittihad in Algiers.

Lastly, Pyramids remained at the top of the Group A standings after drawing 1-1 with former Tunisian champions CS Sfaxien in Tunis as Firas Chaouat cancelled out Walid El Karti's opening goal.

Despite the draw, Pyramids booked their spot in the knockout phase, but the Egyptian side is only a point above second-placed Al Ahli Tripoli after the Libyan club edged out Zambian giants Zanaco 3-2 in Lusaka.

Leopards and Zanaco's hopes of reaching the knockout phase ended following their defeats on matchday four of the group stage.