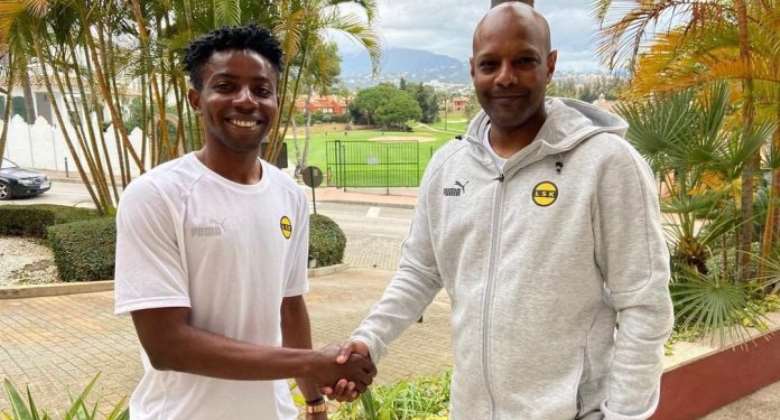 The 20-year old player caught the eye of the Norwegian club when sports manager Simon Mesfin and coach Geir Bakke visited Nigeria on a scouting trip in November 2021.

Speaking after an agreement was reached for the player, Simon Mesfin said: “We’ve had Eric here since January 18th. He has spent time acclimatizing and has grown more and more with each passing week. Eric is part of an academy with a future-oriented owner, and they have agreed on a loan agreement, initially for the rest of the year.”

“It is a win-win situation for all parties. This gives Eric more time to show up, and we get more time to evaluate him”, he added.

Eric Taylor, who is with the team in a pre-season tour of Spain expressed his delight at the deal and promised to work hard to get a starting berth in the team.

“I am very happy, and I look forward to being part of the team in the future. I felt that it was a little difficult for me when I came to Lillestrøm in the beginning but I’m coping well now”, he said.

Lillestrom placed 4th in the 2021 Eliteserien campaign and missed out narrowly for qualification into the European Conference League Second Qualifying Round.

The 2022 Norwegian League is expected to commence on April 2 and end on November 13.