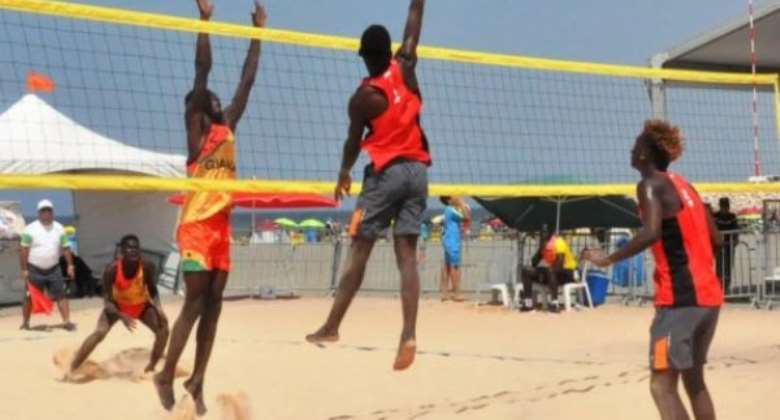 Mr. Paul Kudjo Atchoe, the President of the Ghana Volleyball Association (GVA), has said that his federation is ready to host the Africa Beach Volleyball Championship.

The competition scheduled to take place last month, but was postponed due to the third wave of the global pandemic, COVID-19, would now come-off in March at Laboma Beach in Accra.

Speaking in an interview with GNA Sports, Mr Atchoe, mentioned that preparations were far advanced and that they had received confirmation from 10 out the 12 participating teams.

He added that national male and female teams are currently having a non-residential training session and would soon move to residential camping.

Mr. Atchoe, who also doubles as the first Vice President of the Ghana Olympic Committee (GOC), noted that the players were getting used to each other and that Ghanaians should expect a great performance from them.

“Building chemistry is the most important thing in this sport as it is a two-man game and the chemistry between the two players is what would help to win, so we are very concerned with helping our players build the much-needed chemistry to become a great team,” he said.

In a related development, the President also commended the government for supporting the national U-21 team to compete in Benin last year.