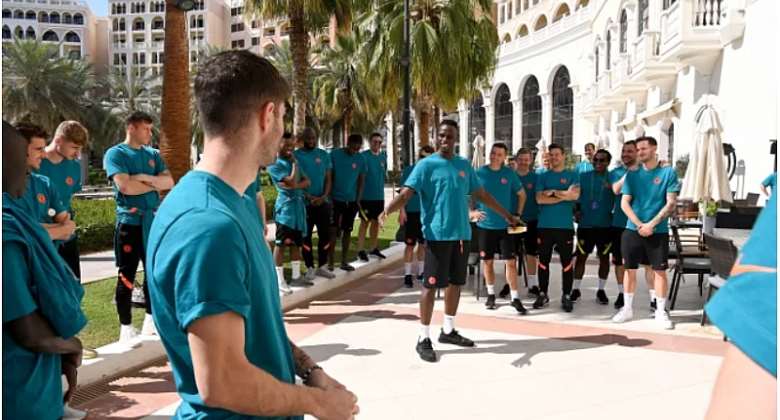 Senegal goalkeeper, Edouard Mendy has teamed up with his Chelsea teammates in Dubai for the Club World Cup after winning the 2021 Africa Cup of Nations [AFCON with the Taranga Lions.

Senegal defeated Egypt 4-2 on penalties to lift their continental trophy in Yaounde on Sunday.

Having missed the first two games due to Covid-19, Mendy did not concede any goal in open play during the tournament.

The Taranga Lions arrived in Dakar on Monday and have been awarded heavily for winning the trophy.

With Mendy, he decided to halt the celebration to join his Chelsea teammates in UAE for the Club World Cup.