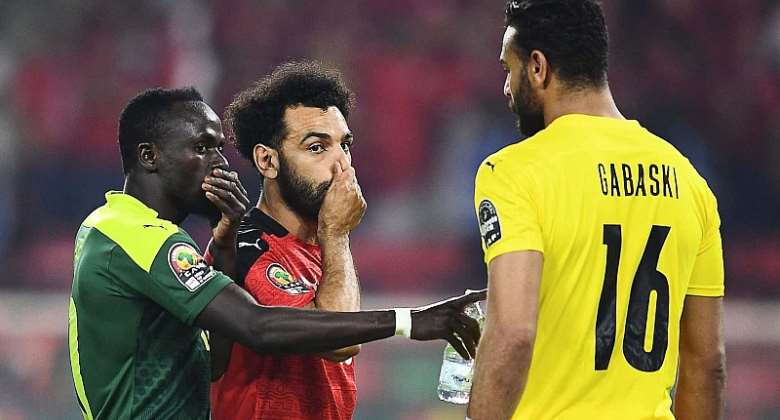 Egyptian goalkeeper, Mohamed Qotb Abou Gabal Ali also known as Gabaski has finally opened up on what his captain, Mohammed Salah told him before saving Sadio Mane's penalty in the final of the 2021 Africa Cup of Nations [AFCON].

Senegal, who were chasing their first continental title were awarded an early-minute penalty, which Sadio Mane stepped up for it.

Whiles the Liverpool forward was getting ready for the spot-kick, Salah was captured telling Gabaski a clue of how Mane's plays his spot-kicks.

The conversation between the two Egyptians was interrupted by Mane but Gabaski went on to save the penalty.

Speaking to Egyptian television, MBC Masr, the Zamalek goalkeeper gave details on the conversation that went on between the three.

"Salah told me ‘Mane would shoot to the right side, he is coming now because he knows what I am saying," Gabaski said.

Egypt, eventually lost the final, 4-2 on penalties with Gabaski saving one of Senegal's five and diving in the right direction four times.

The 33-year-old won the man-of-the-match in the final for an outstanding display, where he made 8 saves to keep the Pharaohs in the match that lasted 120 minutes.

‘Ghana is broke’, bear with government over its domestic deb...
30 minutes ago

Government investing in national cathedral after announcing ...
37 minutes ago