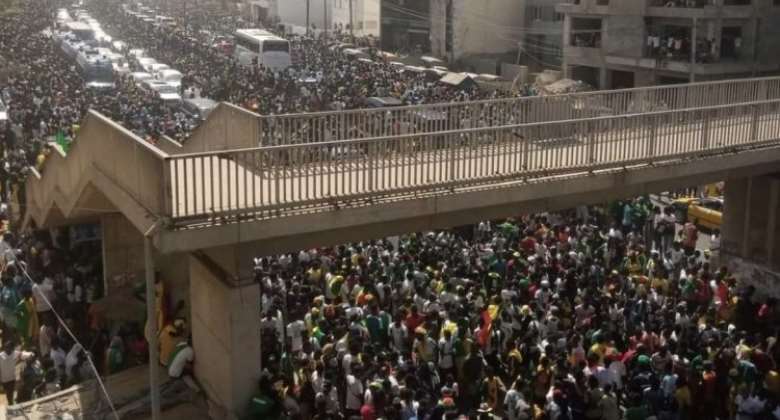 Millions of Senegalese flooded the street of the country’s capital, Dakar, to welcome the national team, the Taranga Lions that won their first-ever Africa Cup of Nations [AFCON] title.

Senegal stunned Egypt 4-2 on penalty shootouts in Cameroon on Sunday.

Liverpool forward, Sadio Mane, having missed an earlier spot-kick in regulation time scored a crucial winner to lift their first continental title after 120 minutes of football action at the Paul Biya Stadium, Olembé.

Aliou Cisse’s Teranga Lions took the trophy back to Dakar on Monday afternoon, and even before they arrive, the streets of Dakar are filled with people in anticipation of the arrival of their heroes.

President Macky Sall declared Monday a national holiday to allow the people of Senegal to celebrate the team’s historic victory.