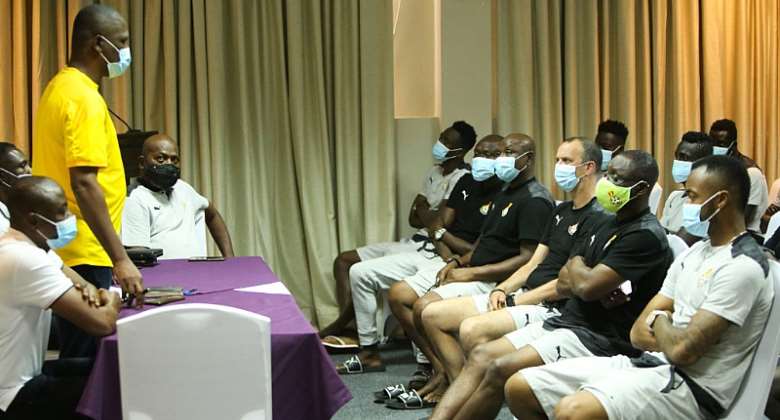 Youth and Sports Minister, Mustapha Ussif has revealed the decision why the Black Stars camped in Qatar prior to the 2021 Africa Cup of Nations [AFCON] in Cameroon.

Ahead of the 33rd edition of the continent's most prestigious tournament, the team camped in the Arab country for three weeks before the start of the tournament in Yaounde.

The Minster, who was speaking on the floor of parliament on Wednesday said part of the reason the team camped in Qatar was because the 2022 World Cup would be held there.

According to him, the decision was taken in a bid to acclimatise with the weather conditions and the environment.

“The ministry and the GFA agreed to camp in Doha because the Black Stars have the opportunity to qualify for the World Cup and we are going to play Nigeria," he said.

“If we get the opportunity to qualify then it’s only important the players acclimatize,” he added.

Ghana exited the tournament with just a point and failed to win a game and finished 4th in a group that had Morocco, Gabon and Comoros.

The Black Stars will take on Nigeria in the World Cup Play-off between 23-29 March in a two-legged tie for a spot in the 2022 World Cup.