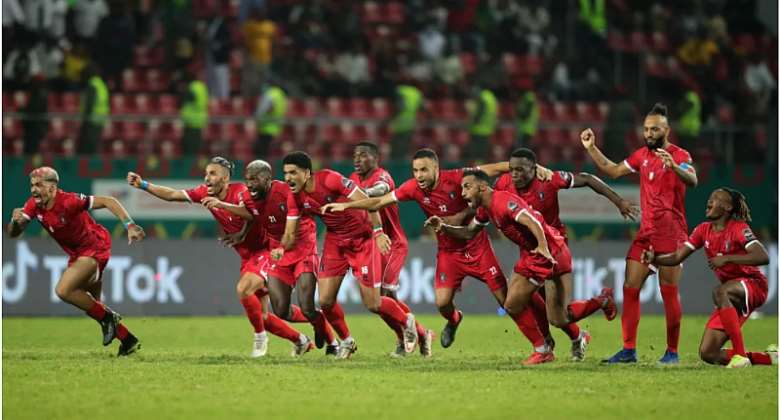 Equatorial Guinea needed penalties to beat Mali by 6-5 after a goalless draw in extra time, to reach the quarterfinals of the TotalEnergies Africa Cup of Nations, Cameroon 2021, and set a date with Senegal next Sunday.

Nzalang Nacional reached the quarterfinals for the third time in as many participations, while Mali failed to imitate what they did in Cameroon 50 years ago when they reached the final in 1972.

Taken by anxiety and the desire to score in the first minutes, both teams failed to create real goal opportunities

Mali could have opened the scoring after the 32nd minute. RB Leipzig midfielder Amadou Handara came close to scoring but could not keep his balance to finish off a freekick.

The Malian Eagles tried a counter-attacking move to force their opponents into making mistakes. In the 37th minute, Mali striker Moussa Doumbia claimed a penalty kick, but the assistance of VAR overturned the penalty awarded.

It was clear that the two sides would go in at half-time with a goalless draw.

In the second half, both teams tried their best to reach the quarterfinals of the competition.

The Malians were more consistent at the back, but they lacked more attacking firepower and wasted several chances. Mohamed Camara missed the target after a perfect assist from Yves Bissouma after 58 minutes.

In the extra time, both sides were cautious, and after 120 minutes, it was the penalties to decide.