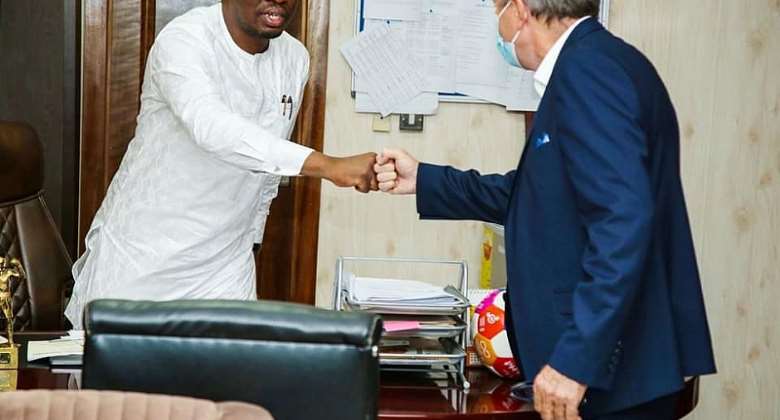 The Member of Parliament (MP) for Adansi Asokwa, Mr. Kobina Tahir Hammond, popularly known as K.T Hammond has threated Sports Minister Mustapha Ussif that he will be sacked if Black Stars head coach Milovan Rajevac is not sacked.

Already, the Ministry in charge of Sports has recommended to the Ghana Football Association (GFA) to review the performance of the national team head coach at the 2021 TotalEnergies Africa Cup of Nations (AFCON) tournament.

Today in Parliament, legislators had a discussion on the performance of the national team and agreed that it was not only poor and disappointing but a letdown.

Speaking on the floor, KT Hammond charged Sports Minister Mustapha Ussif to see to it that coach Milovan Rajevac is sacked or he will be shown the exit door.

“Ghana is the only place that if we are going to play God has to be our goal keeper or striker. God has soo much to do that he is always being called. Mr. Sports Minister sack the coach if you haven’t done that already or you yourself will be sacked. Let us not waste money on bad coaches of that caliber, it is not good,” the MP for Adansi Asokwa shared.

Expressing solidarity to Ghanaian coaches, KT Hammond recommended that locally trained coaches should be given the chance to handle the Black Stars.

“Let us get our locally trained coach to partner the boys,” he added.

Ghana at the 2021 AFCON in Cameroon only managed to pick one point after playing all three matches in Group C.

The poor performance meant that the Black Stars exited the tournament at the group stage, extending the team’s failure to win an AFCON title to 40 years and still counting.