Comoros: The Fairy-tale of AFCON 2021 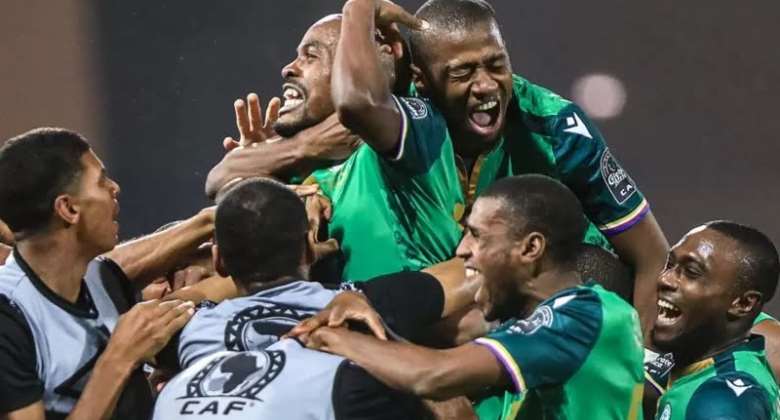 The ongoing African Cup of Nation (AFCON) tournament in Cameroon continues to produce surprises. The twist and turn of matchday results is the most inciting part of the tournament. One such country that has written its name boldly in the fiasco is Comoros. The Islanders have not only proven their quality against the black stars of Ghana, they further produced an excellent performance against Cameroon the host nation.

One could only say, Comoros has allegedly become a victim of circumstance as the square against the indomitable lions of Cameroon. In the sense that; it appears when one is to play against Cameroon, the opposing team gets more COVID-19 cases. Comoros became the latest victim. Football fans are begging to question CAF medical team, whether Cameroonians have developed immunity to the COVID-19 pandemic?

The conspiracy appears that CAF bends the rule not to allow one of the goalkeepers who tested negative on the morning of match day to play, meanwhile they bend the rules for Tunisia when a similar situation occurred.

Remarkably, Comoros has to as a matter of urgency convert a left-back (Defender) as a goalkeeper since all the substantive goalkeepers were not deemed fit –two testing positive and one suffering from injury. To the amazement of all, the player goalie who was not comfortable in the beginning gathered the composer and made three saves that were shot on target.

Despite them being down by one man- ie losing their captain under 7 minutes of play as a result of a straight red card, a Comoros player maker scored a goal of the tournament contender and won man of the match from over 30 distance yard free-kick, which completely beat Onana, the Cameroon goalkeeper.

The story of Comoros will continue to linger in the discussions of African football. They are one of the debutants of the tournament, beating Ghana and matching Cameroon with an excellent display of football.

The story will be told over and over and it is indeed a fairy-tale. A country that assembled football stars who are playing in an amateur league in Frances and home soil; qualified for the first time and to AFCON and nobody gave them a chance and yet they left a mark.

They have nobody to fight for them and they suffered discrimination and sabotage. Is this racism? The lesson of Comoros to everybody is 'when all odds are against you just adopt the attitude of Comoros to build your resilience’’.