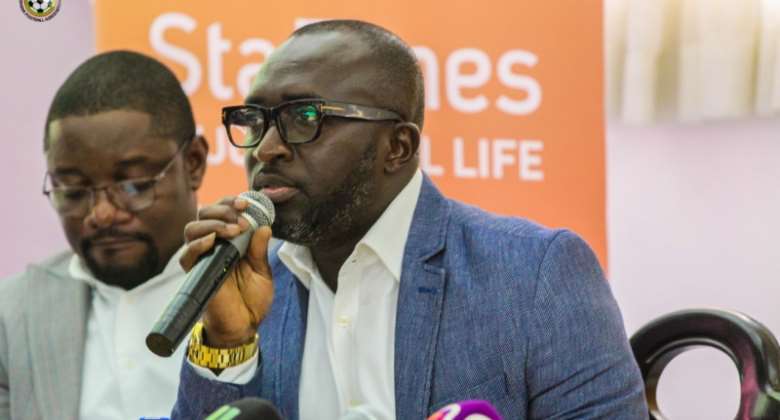 Former Ghana striker, Augustine Ahinful has taken a swipe at some members of the Executive Council of the Ghana Football Association [GFA], claiming some don't respect local coaches.

The former Ashgold striker's comment comes after Nana Oduro Sarfo, who is an Executive Council member in an interview unapologetically said no local coach can manage the Black Stars.

Ahinful, however, speaking in an interview expressed his frustration for the lack of disrespect towards former players and especially local coaches under the Kurt Okraku's led administration.

According to him, he would prefer a local in the dugout as the head coach of the Black Stars but the lack of respect will not allow any local coach to succeed.

"Sometimes I am surprised with how former players and local coaches are treated in this country," he told Kumasi based Wontumi Radio.

"Do you remember when an Executive Council member of the Ghana Football Association said boldly on radio said no local coach can manage the Black Stars?. That statement was total disrespect to former players and local coaches and it was wrong for him to say that.

"This clearly indicates that should a local coach take up the Black Stars job, they will frustrate him to fail.

"I am a professionally trained coach and I can coach any side but if you go on radio and claim that no local coach can coach the Black Stars, that is an insult.

"Now that people want Milovan Rajevac out, who are they going to settle on? A local coach? No, because you have already disrespected the local coaches and players but elsewhere, this does not happen.

"I will be happy to see a local coach leading the Black Stars these same people will frustrate him," he added.

Milovan Rajevac, who is the head coach of the Black Stars has come under intense pressure following Ghana's unimpressive performance at the 2021 Africa Cup of Nations.

The Black Stars exited the tournament at the group phase without a win and finished 4th with just a point.

Akufo-Addo cuts sod for $90million University of Engineering...
44 minutes ago