AFCON quarter-final moved to another stadium after deadly crush 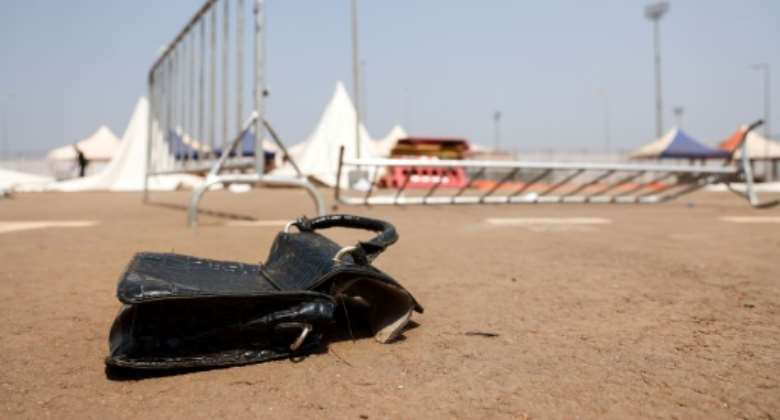 An Africa Cup of Nations quarter-final has been switched from the Olembe Stadium to another one in Yaounde after eight people were killed in a deadly crush prior to Monday's match. By Kenzo TRIBOUILLARD AFP

The Africa Cup of Nations quarter-final due to be played at the Olembe Stadium in Yaounde will be switched to another stadium after Monday's tragedy left eight people dead, African football supremo Patrice Motsepe said.

Sunday's quarter-final will instead be played at the Ahmadou Ahidjo stadium, also in Yaounde, which was already being used for the tournament.

"The game that is scheduled for Olembe Stadium on Sunday...is going to take place at Ahmadou Ahidjo," said Confederation of African Football (CAF) president Motsepe at a press conference in Yaounde.

Eight people died and 38 were injured as fans attempted to enter the Olembe Stadium where hosts Cameroon were playing the Comoros according to the country's health ministry.

"I need a report into what happened, what should have happened, and the circumstances that led to people being injured," added Motsepe, who called for "urgent measures to make sure that doesn't happen again."

Motsepe also paid tribute to those who lost their lives.

"I ask that we all observe a moment of silence and prayer for the eight people who lost their lives," he said.

"Let me start by expressing our deep condolences to the families of the spectators who came to Olembe Stadium and have passed on."