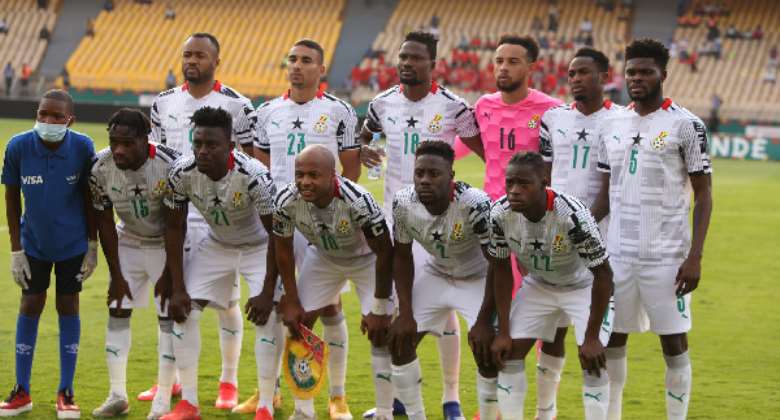 Chief Ike Shorunmu, a former Super Eagles goalkeeper has warned Nigeria not to judge Ghana by poor Africa Cup of Nations form [AFCON] ahead of the 2022 FIFA World Cup playoffs.

Ghana will host their bitterest rivals in the first leg in March before travelling to Abuja for the return encounter. The winner of the tie gets the nod to be part of the African countries to play in the World Cup in Qatar.

The Super Eagles were touted as the favourites to win the AFCON but were eliminated by Tunisia in the Round of 16.

Ghana meanwhile failed to reach the knockout phase for the first time since 2006.

Despite the poor display, the Super Eagles have been cautioned ahead of the tie.

“Forget their performances in the AFCON; the past is the past because they have sacked their coach and engaged an­other one,” Shorunmu said after Saturday’s draw.

“Remember we also sacked our coach and engaged anoth­er one and the team is playing better. They are going to re­brand and come against us.

“Also, you know we have this rivalry with them and all these should be considered. Ghana will be tough to beat though I know we can beat them just like they can also beat us.

“So, let us not try to judge them base on the way they played at the AFCON; they are entirely two different situ­ations,” the former Grasshop­pers FC of Switzerland noted.

Ghana have won 21 of the total 49 games against Nigeria. They have lost 10 with 18 ending in stalemates.