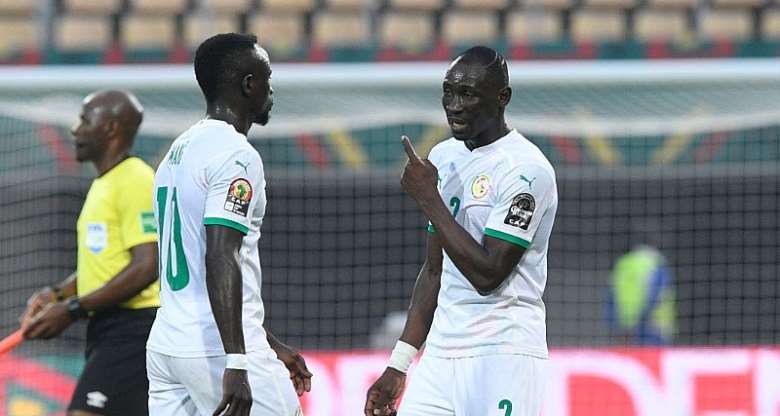 Senegal will square off with Cape Verde in the 2021 Africa Cup of Nations Last 16 match at the Stade Omnisports de Bafoussam in Cameroon on Tuesday.

The Lions of Teranga progressed to the knockout phase as Group B winners and they remain the strong favourites to win this year's year's tournament.

Having failed to score in their last two matches, Senegal's key attackers Sadio Mane and Boulaya Dia will be under pressure to find the back of the net against Cape Verde.

Aliou Cisse, the Senegal head coach, is looking forward to facing their WAFU rivals, Cape Verde and he knows what to expect from the Blue Sharks.

“We are ready, we worked well on Friday the most decisive session of the week. We worked on the power, yesterday we worked well," Cisse told the media.

"We were able to take advantage of our entire squad to make it two very interesting sessions. Yes, we know Cape Verde. I think in the last few years we must have played them four or even five times.

"The last time we played them was in June, of course, it was a friendly match but it was quite a contested… it’s a derby, a very good team, they are not in the last 16 by chance," he added.

"A team that we respect, the proximity of the two countries gives even more flavour to this match."

Meanwhile, Cape Verde reached the knockout phase for the second time in the history of the Afcon finals as one of the four best third-placed teams having finished third in Group A.

Just like Senegal, the Blue Sharks are winless in their last two matches and they will look to their influential attackers Garry Rodrigues and Julio Tavares when they face the Lions of Teranga.

Cape Verdean Football Federation have announced that they do not have any positive Covid-19 cases in their camp ahead of this encounter.

"The Cape Verdean Football Federation reports that on this Sunday morning, January 23, the entire team was subjected to Covid-19 detection tests," a statement read.

"And following these tests, everyone tested negative for Covid-19."

Their head coach, Bubista is confident of masterminding a win over a much-fancied Senegal side having faced the Lions of the Teranga as a player in the 2000 Amilcar Cabral Cup final.

"We are a strong team and our main objective is to pass the next stage and bring joy to the Cape Verdean people," Bubista told the media.

“We beat Senegal in the Amilcar Cabral Cup. At the time, I was a player and the score was 1-0."

The last meeting between Senegal and Cape Verde was on 8 June 2021.