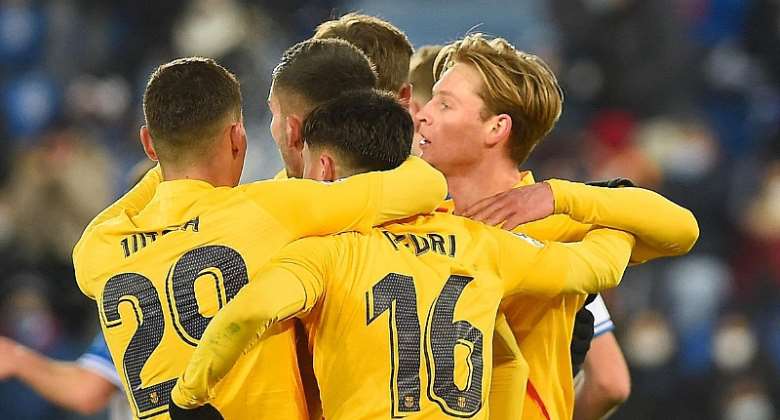 Barca were looking to bounce back against their Copa del Rey extra-time defeat to Athletic Club but were made to do so without Ansu Fati, out with another injury.

A win would have taken Xaxi Hernandez’s side into fifth and in with a chance of Champions League qualification next season, but they struggled to create much beyond a Luuk de Jong volley early in the first half, though they retained the ball for much of the first half.

In the second half, Alaves - celebrating their 101st anniversary - continued to stifle their more glamorous opponents as Barcelona delivered a succession of crosses without forcing anything particularly dangerous.

Barcelona had a scare when Tomas Pina had a decent penalty shout turned down, and Joselu flashed a header wide in a five-minute spell.

With the game looking destined for a draw Ferran Torres picked out De Jong for a simple finish with three minutes of normal time remaining.

The win leaves Barcelona in fifth, one point off Atletico Madrid in fourth, and Alaves remain 19th, in the relegation zone. Both sides remain in their own kind of danger.