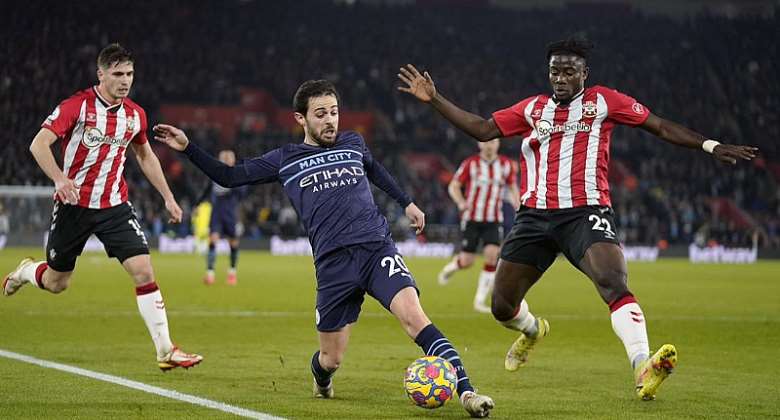 Ghana defender, Mohammed Salisu has become the first player to make over 50 interceptions in the English Premier League this season following his impressive showing against Manchester City on Saturday evening.

The strong centre-back was in action for his Southampton outfit yesterday when the Saints hosted the league leaders at St. Mary’s.

Throughout the 90 minutes the defender player, he was outstanding at the back as he thwarted the attack of the Citizens on countless occasions with his precise reading of the game.

At the end of the game against Manchester City, Mohammed Salisu had made 14 clearances, blocked three shots, and succeeded in making four key interceptions.

With that statistics, the defender surpassed 50 interceptions for the 2021/22 English Premier League season, becoming the first player to do so this season.

On the matchday, a Kyle Walker-Peters strike in the 7th minute handed Southampton the lead but an equalizer from Ayemeric Laporte in the 65th minute forced the game to end in a 1-1 stalemate.

The Saints went home elated with the point with Manchester City remaining top of the English Premier League standings with 57 points.