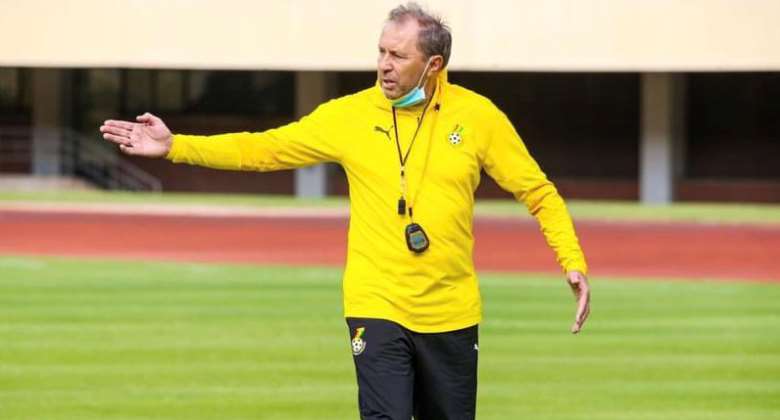 Milovan Rajevac has been sacked as the head coach of the senior national team, the Black Stars, according to multiple media reports.

The Serbian gaffer after Black Stars early elimination from the ongoing 2021 Africa Cup of Nations in Cameroon has come under intense pressure to vacate his position.

Ghana who were in a group with Comoros, Gabon and Morocco finished at the bottom of Group C without a win, picking up just a point after three games played.

The elimination means for the first time in 2006, the Black Stars have failed to qualify from the group phase of the competition.

Milovan Rajevac was reappointed in October on a one year renewable deal, replacing CK Akonnor. The 63 year old was tasked to end the country's 40 years AFCON trophy drought and qualify the country for the 2022 World Cup in Qatar.

The Ghana Football Association were summoned by the Ministry of Sports on Friday to deliberate on what led to the team's early elimination.

After the meeting, the Ministry of Sports in a press statement said the Black Stars management committee must be disbanded and urged the Ghana Football Association to review the performance of the coach.

With the 2022 World Cup playoffs happening in March, Milovan Rajevac has been sacked with the Ghana FA expected to issue a statement to confirm his termination of contract.