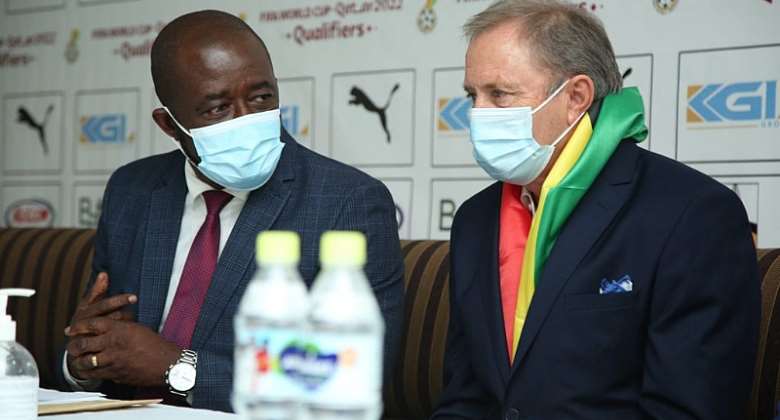 Renowned Ghanaian journalists, Ben Ephson is pushing for the Ghana Football Association (GFA) to maintain Milovan Rajevac as the head coach for the Black Stars.

After Ghana’s shambolic displays at the 2021 TotalEnergies Africa Cup of Nations (AFCON) tournament in Cameroon, there is pressure from Ghanaians for the football association to immediately sack Milovan Rajevac.

Many believe that the Serbian tactician has lost his touch and is no longer good enough to lead the Black Stars to success.

Commenting on the calls for the head of Milovan Rajevac, Ben Ephson has told Starr FM that he will prefer the Ghana FA retains the coach.

“If you go and bring in a new coach you are now going to try his system and you don’t have enough time to prepare for the World Cup Qualifiers,” Ben Ephson who is Managing Editor for the Daily Dispatch Newspaper has said.

According to him, Ghana’s catastrophic performance at the 2021 AFCON is payback for trying to harvest what the country has not planted in sports.

Should Milovan Rajevac be allowed to continue as head coach of the Black Stars, Ben Ephson advises that he studies the Ghana Premier League and select some players for future assignments.