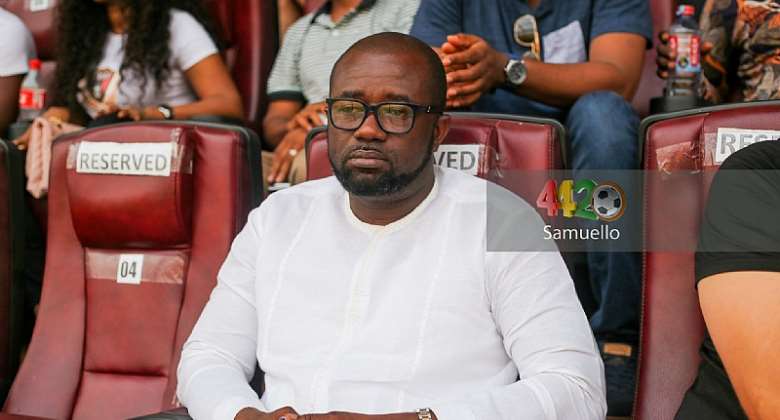 Kurt Okraku has said he accepts the blame for the Black Stars’ horrendous performance at the 2021 Africa Cup of Nations [AFCON].

The Black Stars who were chasing their fifth continental title exited the competition after a shocking 3-2 defeat to Comoros in the final Group C game on Tuesday, January 18.

Ghana exited the campaign with just one point and languishing bottom of the group behind Morocco, Gabon and Comoros at the 33rd edition of the AFCON in Cameroon.

The group stage exit has led to strong criticisms from Ghanaians with many calling for the exit of Milovan Rajevac.

But Mr Okraku, who is the Ghana Football Association [GFA] president says he should be given the blame for the team’s poor showing in Cameroon.

“It didn’t work. I’m a leader of the family, I take full responsibility but also our collective responsibility to remain calm to support this gallant… or players who have offered themselves to serve our country.

“They need support so they can grow and win trophies for Ghana. For those who were not ready to serve Ghana we cannot force them, of course, these are the players who have dedicated themselves to the national calls and who want to sacrifice even in difficulties and I’m saying this group of players were ready to sacrifice their blood for Ghana.”

Following the exit from the competition, the Sports Ministry has also scheduled a meeting with the executives of the GFA on Friday to discuss the outcome of Ghana’s campaign at the 33rd edition of the AFCON.