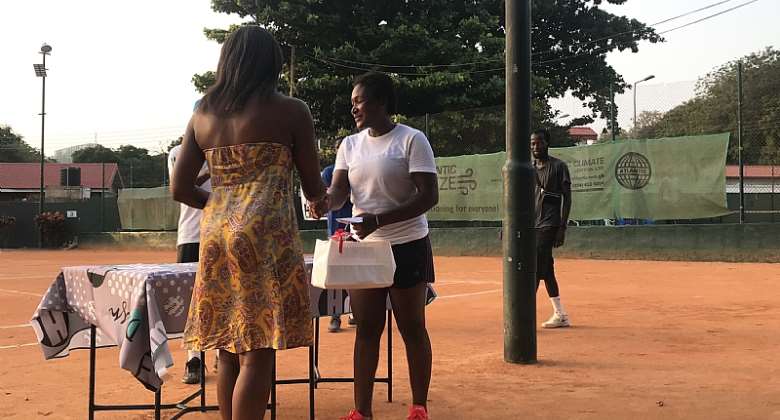 Yvonne Bruce won the maiden edition of the Professional Ladies’ Holiday Tournament title as she beat Naa Shika Mckorley in a nervy final at the Accra Lawn tennis club on Saturday.

Yvonne won 6-2, 7-6(5) in 1 hour and 15 minutes, becoming the first woman to have won three invitational tournament titles in a calendar year.

Yvonne took an early break in the second game of the first set which proved decisive as she maintained her break to win the set 6-2.

After Yvonne’s flying start, Shika Mckorley settled in the second set, rediscovering her big serve before errors crept back.

Speaking to ghantennis.org Yvonne said, 'I'm happy to end the year with a trophy making it an exceptional tournament and an even better year.’

“The match was very challenging and lovely to watch. I got great remarks from the fans, we both played very well and fought hard, this is the first challenging and awesome finals I have been in. My plan now is to get help from individuals and companies to start participating in WTA tournaments starting next year’.

Tournament Sponsor Reba Arkaah Greenstreet- CEO of Mensah Gold said, am really impressed with the standard of tennis displayed by the ladies, they are young, fit and very committed to the game. We intend to hold this tournament annually.’ Madam Preba Ankrah added.