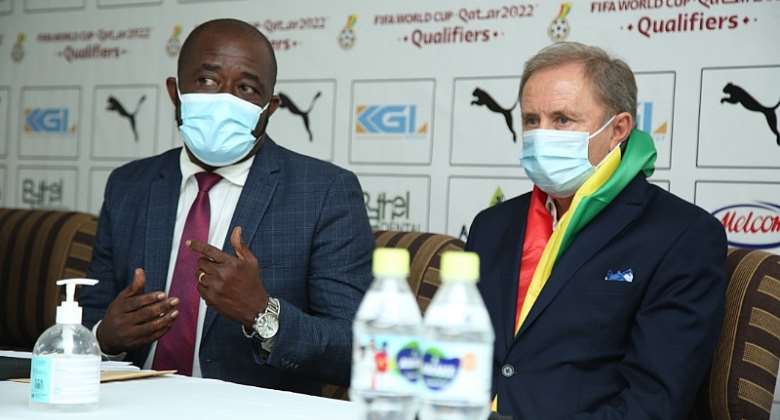 His comments come after the team's exit from the ongoing 2021 Africa Cup of Nations [AFCON] in Cameroon.

Ghana suffered a humiliating exited after failing to win a single game. The Black Stars lost to Morocco and a draw against Gabon.

In the final Group C game against Comoros, the Black Stars were beaten 3-2. The team exited the tournament with just a point and finished 4th.

However, reports emerged that players were imposed on the coach with many Ghanaians insisting that some players in the squad did not merit a call up ahead of the tournament.

But Mr Kurt, who once said Black Stars call up will be interrogated and scrutinized has refuted such claims insisting that selection of players into the national team lies with the Head Coach and his technical team.

“I’ve listened to a lot of commentaries about the players Coach Milovan selected for the tournament and I wonder why there are complaints," he told Accra based Asempa FM.

“Every player Coach Milovan selected deserved to be selected and each of them gave off their best during this tournament.

“Coach Milovan and his technical select the players for our country and they stuck by that philosophy and we supported them throughout.

“Nobody selects players for the Coach, if a coach has handled Ghana previously and allowed players to be selected for him, then he doesn’t deserve to be the Coach,” he concluded.