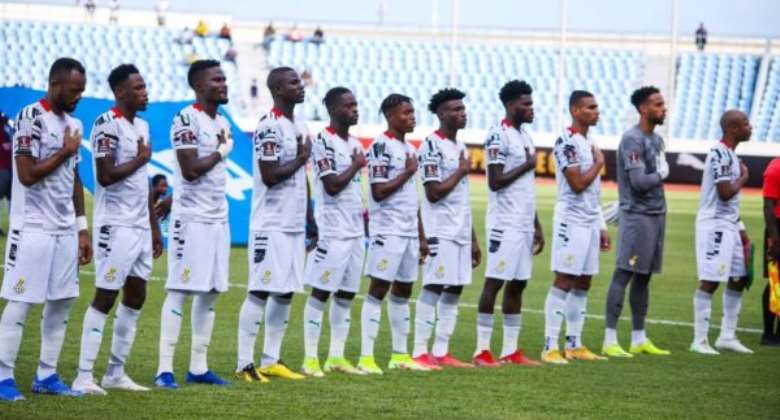 Some sports enthusiasts in Tema, Sakumono, Nungua, Teshie, and Krowor communities have revealed that the national football team Ghana Black Stars have been in the reversed gear since the infamous 2010 World Cup penalty incident.

Some of the residents told the Ghana News Agency in Tema that after that infamous penalty incident many Ghanaians and other Africans who supported the Black Stars threw their hands into the air in desperation and disappointment.

“The only way to change the gears for the Black Stars is to get a professional psychologist to turn them around, the problem is not about the coaches but the psychology of the players anytime they wear the national jersey,” Mr. Frank Atiase a Sports Enthusiast at Sakumono told the GNA.

Mr. Atiase noted that the Black Star players have lost that self-confidence as the personality attacks from a section of the public have also contributed to the poor performance, “now people are using social media to bash these young players whose only crime is to carry the national colours at the tournament.

“How many of us can survive such consistent personality attacks and still do well? Even some former Black Star players who should have known better because they have to go through such negative acts have also joined the bandwagon to attack the young ones. Now their self-esteem is down, their psychic is gone,” Mr. Atiase noted.

The GNA Sports observed that during the match in the Ledzokuku Krowor Municipality (LEKMA), Teshie, contrarily to nationalistic duties to support the national football team the Ghana Black Stars some youth rather engaged in prayers for their defeat.

Some youthful aggressive prayer warriors while the match was ongoing were spotted by the Ghana News Agency in a prayer session chanting for the Black Stars to lose contrarily to the expectation of many Ghanaians who had hoped for the Blacks Stars to win and move to the next stage of the tournament.

The Comoros Island eventually won by 3 goals to 2 against Ghana in the AFCON match played on Tuesday,18th January 2022.

Mr. John Yeboah a resident and part of the anti-Black Stars prayer group explained to the GNA that they were acting as oppositions during the match because of the government's declaration to award them with a huge sum of monies as winning bonuses during these hard times.

He said, "When we are in 'die-need' of money for the country's development, the government is planning on how to lavish it on the players and their coaches".

Mr. Yeboah stressed that the government had been complaining about the country not having money for development whereas they have enough to promise the Black Stars.

Mr. Benjamin Sowah, a resident and strong advocate against the Black Stars was excited after the match, “I am glad we finally lost the match and I am expecting them to be back into the country by the next day".

He added, “I know how Blacks Stars for years can disappoint if you support, them, so I was not expecting anything dramatic from this current team, I am not disappointed at all”.

Mr. Kwamebena Bediako was disappointed that a small football nation like Comoros Island could defeat the four-time African Champions by three goals to two, “how can Ghana play three matches lose two, and draw one?

"So a country whose population is like that of Teshie has taken the Black Stars to the laundry. They should have just used our local teams during the tournament; at least they are better off".

Speaking to Mr. Derrick Annang, noted that the match exposed a lack of experienced players in the team, “in our first two matches we conceded late goals but with Comoros we conceded an early and again late goal”.

Ms. Benita Owusu, a downhearted resident added "all the predictions and bets of Ghanaians to win against Comoros have proven barren".