2021 AFCON: This is not the Black Stars we have known, says disappointed Asamoah Gyan 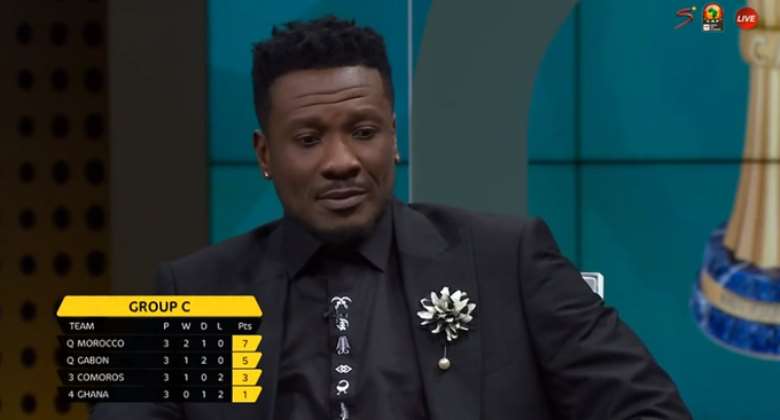 Former Black Stars captain, Asamoah Gyan has been left disappointed with the performance of the senior national team, the Black Stars.

Ghana were bundled out of the ongoing 2021 Africa Cup of Nations [AFCON] in Cameroon after a 3-2 defeat to Comoros in their final Group C game.

The defeat mean the Black Stars exited the tournament without a win after finishing 4th with just a point.

Speaking after the game, Gyan said he was disappointed that the Black Stars only showed any desire when they went down to 10 men after captain Andre Ayew was sent off in the first half.

According to Ghana’s highest-ever goalscorer, this is not what Ghanaians have come to expect from the Black Stars.

“I’m devastated. I’m shocked. You can’t win a game with this kind of attitude. I saw the real Ghana when we went down to ten men,” he said on SuperSport TV.

Ghana compared Ghana’s AFCON 2021 run with Algeria’s – the defending champions have drawn one and lost one of their first two games and are yet to score a goal – stating that the North Africans are at least creating chances and playing well.