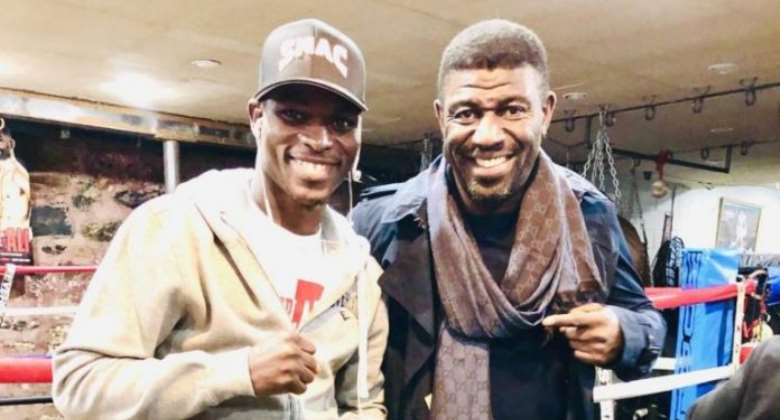 “The Ghana Boxing Authority (GBA) hereby formally withdraw all courtesies paid on you as a Ghanaian professional boxer and suspend you indefinitely as a licensed boxer under GBA with effect from Monday 17th January 2022,” a statement signed by President Abraham Kotei Neequaye read.

They explained, “Your indefinite suspension follows an act of disrespect and misconduct by you Richard Commey in recent times towards the Ghana Boxing Authority in accordance with Article 21 Clause (b) under sanctions in the Rules and Regulations of GBA which states: All licenses are required to adhere strictly to the provisions enshrined in this ethical code of conduct and the Rules and Regulations that follow the breach of which shall attract any of the following according to the severity of the offence.

According to the GBA, they saw Commey in a viral video interview where he insulted and attacked the dignity of all GBA board members and maligned the activities of the Ghana Boxing Authority including the upcoming Ghana Professional Boxing League and maliciously attacked the integrity of the GBA President without any provocations.

Full GBA statement on Richard Commey.
For his manager, Michael Amo-Bediako, who is the chief executive of Streetwise Promotions, the GBA said they discussed two major issues with him. The first has to with the percentage purse to the GBA following Commey’s fight with Ukrainian boxer Vasiliy Lomachenko in December.

And the worrying phenomenon of sidelining local coaches when boxers are due for world title championship abroad.

“You were furious, adamant and disrespectful with all kinds of threats towards the GBA President and the Executive Board at the Authority’s secretariat on these two issues which you refused to comply with and walked out of the meeting unceremoniously,” the GBA wrote.