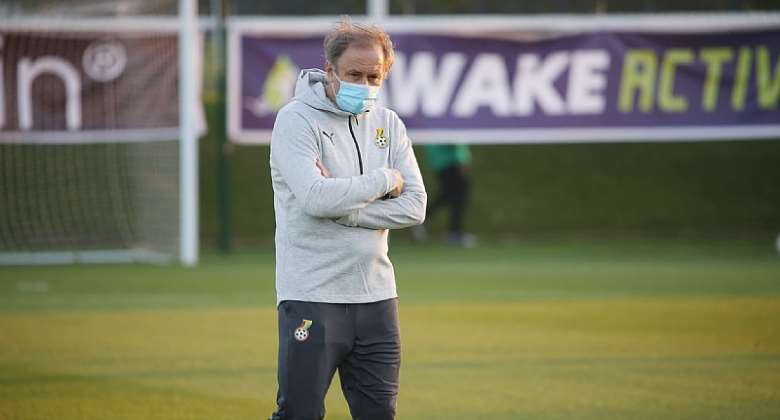 Head coach of Black Stars, Milovan Rajevac says the team fight for all the points against Comoros to ensure they book a place in the next round of the 2021 Africa Cup of Nations [AFCON].

The Black Stars who are seeking to win their fifth continental title sit in third place in Group C with one point from two games following Friday’s 1-1 draw with Gabon.

The playing body arrived in Garoua on Sunday evening where they will take on Comoros in their final group game in a bid to move on to the next stage on Tuesday.

Ghana must win against Comoros to stand a chance of progressing to the knockout stages of the competition.

Milovan Rajevac who was speaking after the draw with Gabon says the team will fight till the very end and give off their best against Comoros to secure victory.

“We will fight until the last moment in every match, for us, it is important that we still have a chance to qualify and we are all aware of that,” the Serbian trainer who replaced CK Akonnor on a one year deal in November said.

“We will do our best, we will motivate the players, we are all aware how important this is and we don’t want to go home.

“We want to stay in the competition and we will do everything in our power to make it happen,” he added.

The Black Stars will take on Comoro at the Roumdé Adjia stadium in Garoua at 19:00 GMT.