2021 AFCON: Black Stars is not for your father - Dan Quaye slams Andre Ayew 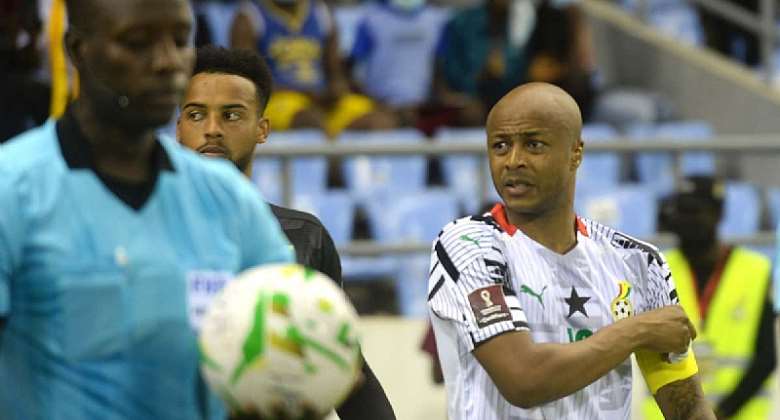 The Black Stars who are on a quest to win their fifth continental title after two games played sit 3rd with just a point.

In the game against Gabon, Andre Ayew after scoring a stunner in the first half had a counter-attack which could have resulted in a goal but failed to release the ball to Joseph Paintsil who was in a great position to double Ghana's lead.

Andre after failing to release the ball has attracted a lot of criticisms and bashing from Ghanaians.

And according to Dan Qauye, who was a member of the Black Stars squad who played in the 2006 Fifa World Cup in Germany believes Andre Ayew is not helping the team with his selfish attitude.

He stressed that the 31-year-old must be told that the national team does not belong to his father.

"What was Andre Ayew thinking when he could have passed the ball to Joseph Paintsil to score the second goal?" he quizzed during an interview with Accra based Happy FM.

"It was a clear goal-scoring opportunity for the Black Stars but Andre Ayew decided to keep the ball to himself. We must let Andre understand that the Black Stars is not for his father.

"This is a national team and there should be that oneness and unity among the players on the pitch but that is not what Andre Ayew is doing.

"He is always seeking the glory for himself and not the team. He always wants to grab the headlines which is bad for the team.

"The national team is not for his father and he must understand that," he added.

Andre Ayew's 18th-minute strike was cancelled out by Jim Allevinah on the 89th minute.

Ghana will play Comoros in the final group game on Tuesday, January 18.