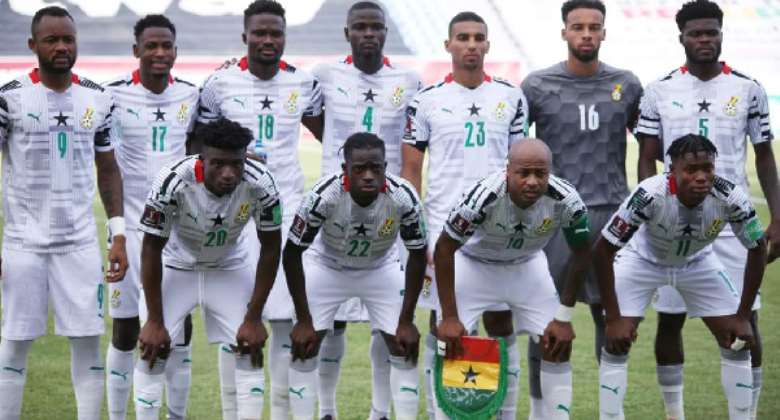 Each player of the senior national team, the Black Stars 28-man squad will receive US$30,000 should they win against Comoros on Tuesday with the coach set to make twice the amount as a qualifying bonus according to multiple reports.

Ghana’s chances of playing in the next round of the ongoing 2021 Africa Cup of Nations [AFCON] appears to be shaky having lost to Morocco and drawing with Gabon.

Prior to the tournament, it was revealed by government that the Black Stars required $25 million and the World Cup campaigns.

This amount was unveiled at a breakfast meeting between Corporate Ghana and the Chief Executive Officers from state institutions with President Akufo Addo chairing the meeting.

The meeting which took place at the Jubilee House to discuss how funds could be raised for the Black Stars ahead of upcoming competitions one of which is ongoing with Ghana on shaky grounds.

The idea was to involve corporate organizations so the financial burden on the sports ministry is eased, allowing them to also focus on other sports

Ussif admitted that the Black Stars will be eyeing the ultimate prize in AFCON and Qatar but will need huge investments to achieve that.

“It is the dream of the nation to win the Africa Cup of Nations again in Cameroon next year and to qualify for the 2022 FIFA World Cup.

“These campaigns require a substantial amount of investment to be able to execute this mandate and government alone cannot shoulder this responsibility at the expense of other sporting disciplines,” he said.

Ghana who sit 3rd with just a point will play Comoros in the final Group C game.

The Black Stars are on a quest to end Ghana's 40 years AFCON trophy drought in Cameroon.