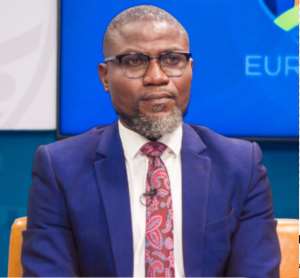 Former Black Stars winger, Laryea Kingston says the Gabonese did the right thing by keeping the game in session despite the complaint by the Ghana technical team.

Andre Ayew's first-half stunner was cancelled by Jim Allevinah on the 89th minute to end the game 1-1.

The Black Stars were furious that Gabon scored after opting not to return the ball when Daniel-Kofi Kyereh went down injured.

After the game, Andre Ayew criticized the referee for failing to abide by the fair game rules.

"It was very small of them, but then that is how it is with small teams," Ayew said.

"We put the ball out of play, and it is fair play in football to give the ball back. Had they done that they would not have scored. They didn't have many chances."

However, Kingston believes the Gabonese were right to keep the game on.

According to him, every team will keep the game in session when they are losing in the dire minute.

“I am losing and in the dire minutes of the game you are talking about fair play whiles I am losing," he said on GTV Sports Plus.

"If I was in that position I wouldn’t have even done that.

"Fair play is not compulsory in football," the former Hearts of Oak and Great Olympics winger added.

Ghana who sit 3rd in Group C with just a point after two games played will play Comoros in their final group game on Tuesday.

Nkoranza youth clash with police over ‘suspicious’ murder of...
55 minutes ago