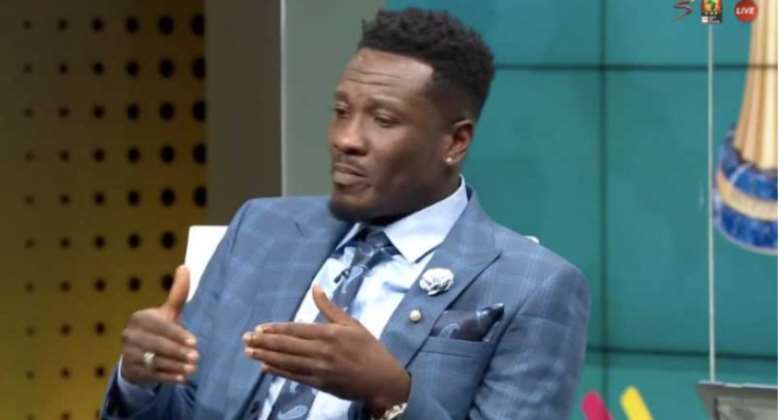 Andre Ayew’s first-half stunner opener was cancelled by an 89th-minute strike from Jim Allevinah in their second Group C game.

The result leaves the Black Stars on a solitary point, needing a big win against Comoros in their last group game on Tuesday to stand a chance of playing in the next round of the tournament.

Gyan, who was speaking on SuperSport TV following the game, said Milovan Rajevac’s delayed changes, as well as a very defensive approach in the closing stages, cost the team.

“I’m not happy, we deserved the three points but I think we lost a bit of concentration and conceded a goal in the last minute. We cannot keep on conceding goals in the later stages of the game," he said.

“I think Baba Iddrisu’s injury was a big blow for Ghana because when he left you could see everything changed. I think we could have brought two offensive midfielders to be able to kill the game. We sat back too much, we were defending too much, we were in control over the game and you cannot sit back when you are in control over a game, you have to try and kill the game.

“The Gabonese weren’t that dangerous so we could have even go forward and get a goal but we sat back and then we conceded a goal in the latter stages. I’m not a happy man, now we have to go home an start calculating which should have won this game but it’s football so let's see what happens in the next game,” he said.