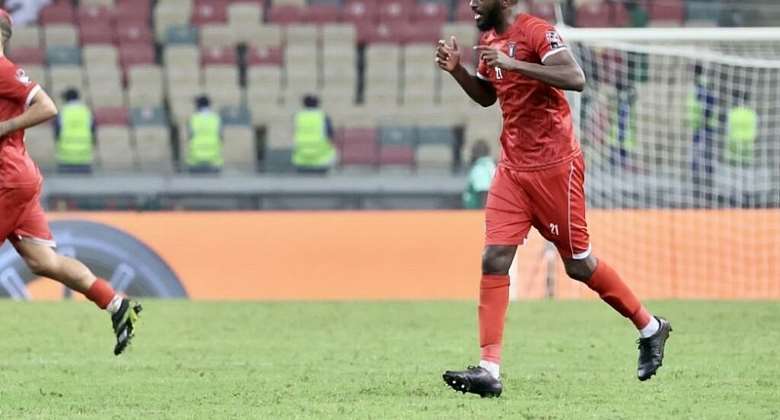 Defending champions Algeria suffered a shock defeat to Equatorial Guinea on Sunday night to shatter their 35-match unbeaten streak and leave the defence of their Africa Cup of Nations trophy in jeopardy.

Obiang Obono Esteban slid in the only goal of the game in the 70th minute.

It was a hammer blow to Djamel Belmadi's side who had been the more dynamic and driven of the teams following their 0-0 draw against Sierra Leone at the Stade Japoma in Douala.

Four days after that shock, they were bodychecked at the same venue.

Equatorial Guinea's victory left Group E wide open going into the final round of games on Thursday after Sierra Leone had earlier snatched a dramatic draw in the dying seconds of their match against Cote D'Ivoire.

Sebastian Haller had given the Ivorians the lead in the 25th minute to atone for Frank Kessie's botched penalty in the 12th minute.

Change
But after the pause, Sierre Leone showed more endeavour and levelled through Musa Noah Kamara.

And it seemed more goals would follow as the Ivorians piled on the pressure. But despite several wonderful chances, they could not extend their advantage.

And they paid the price for their lack of precision in farcical circumstances.

Goalkeeper Badra Ali Sangare dived to his right to stop the ball going out for a corner but after getting both hands onto the ball he contrived to somersault over it, keep it in play and roll it into the path of the waiting Steven Caulker.

The former Tottenham Hotspur defender's simple cut-back to Alhaji Kamara was a brief moment of sang froid and slickness in the vignette.

Even with the goalkeeper stricken by the by-line and the goal gaping, the 27-year-old lost his footing. But Kamara managed to recover his poise quickly enough to stab home.

Sangare left the field with an injury and skipper Serge Aurier had to deputise for the remaining 90 seconds.

The draw leaves Sierra Leone in with a chance of moving into the knockout stages for the first time.

But they will need to get past an Equatorial Guinea side who could even end up topping the pool with a victory and if Algeria beat Cote D'Ivoire.

Wahbi Khazri bagged a brace as his team advanced into the last-16  after thrashing Mauritania 4-0.

Hamza Mathlouthi scored the opener after four minutes and Khazri's first of the night five minutes later put his side in control at the pause.

Mid-way through the second-half, Khazri got his second and soon after the Saint-Etienne striker set up Seifeddine Jaziri for the fourth.

With Gambia and Mali playing out a 1-1 draw to move onto four points apiece, Tunisia will play for top spot against Gambia – the lowest ranked team at the competition.

Military in North East Region on stand by for NPP Regional e...
58 minutes ago