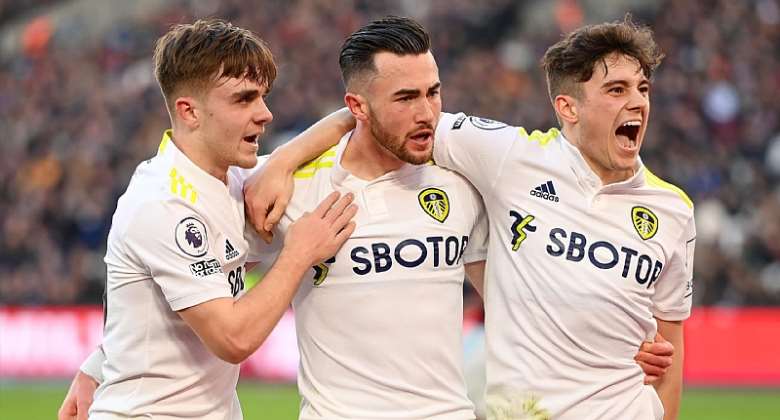 Jack Harrison scored his first career hat-trick for Leeds United as they defeated West Ham in a thrilling 3-2 victory in the Premier League.

The visitors lost 2-0 against the same opponents in the FA Cup a week ago but dug deep for their win.

It was a back-and-forth affair, with the Hammers equalising twice before Harrison scored his third, a lovely chip over Lukasz Fabianski on the hour mark.

Both sides had goals chalked off as well with Mateusz Klich and Andriy Yarmolenko's efforts ruled offside.

Marcelo Bielsa's side move up into 15th, nine points clear of the relegation zone, while the Hammers remain fourth ahead of Arsenal and Tottenham.

West Ham head to Old Trafford next to take on Manchester United, while Leeds host Newcastle.