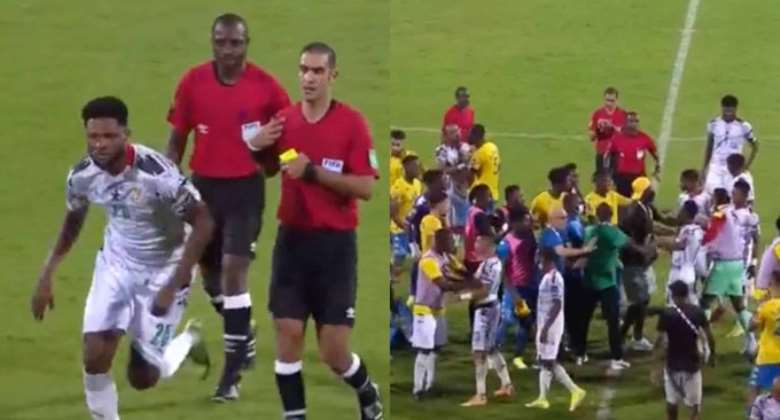 The former Dreams FC forward was introduced in stoppage time in the second half of the game.

Andre Ayew broke the deadlock on the 18th minute before Jim Allevinah scored late on the 88th minute.

Tetteh was, however, shown a retrospective red card by Algerian official Lahlou Benbraham for swinging a punch at a Gabon player.

The frustration spilled onto the pitch after Benbraham blew for full-time, with players arguing with each other and eventually 24-year-old Tetteh, who had come on as a substitute swung a punch at Aaron Boupendza.

The draw mean, Ghana will now have to win against Comoros in their final Group C game on Tuesday to book a place in the Round of 16.