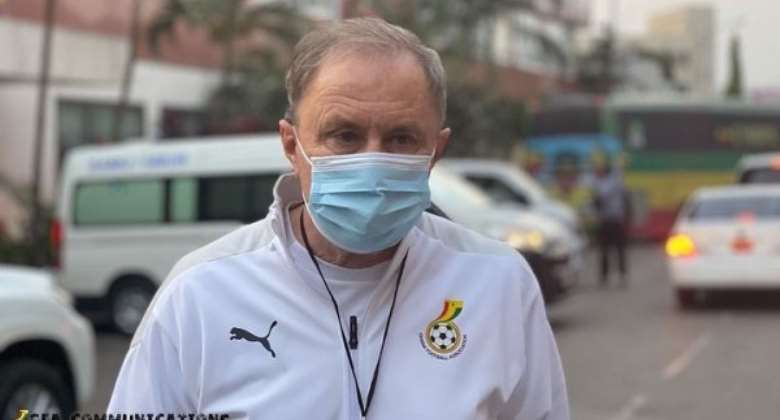 Coach Milovan Rajevac is tight lipped on skipper Dede Ayew's readiness to feature for Ghana ahead of the crucial encounter with the Panthers of Gabon on Friday evening at the Stade Ahmadou Ahidjo in Yaoundé.

Dede Ayew sustained a head injury when the Black Stars lost 1-0 to Morocco last Monday in Group C opening fixture and currently being monitored by the team doctors to determine his availability for the crunchy duel.

The coach said, “Ayew is in stiches but he is okay. But about the selection of players, I do not talk about it before the match, so let's wait and see. All the boys are ready for the match tomorrow.”

Milovan Rajevac, who is having a second stint with the Black Stars remains confident, the team was ready and focused on the match against the Panthers.

He added that, despite the team been under pressure to beat Gabon, the Black Stars would channel that energy to achieve positive results when they slug it out with the Central Africa country.

“There is always pressure but coaches are used to this. We still have two matches to play and we are trying to channel this into positive results,” he said.

The 68-year old believes Ghana would beat Gabon after losing to Morocco to revive her chances of progressing to the next stage.