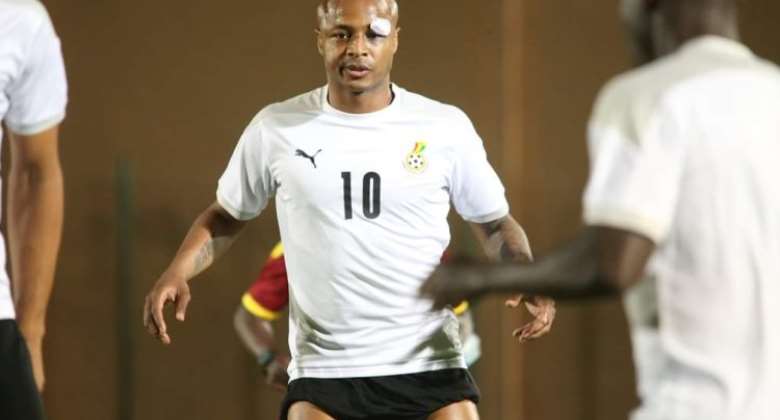 Andre Dede Ayew will be available for selection ahead of Ghana’s second group game against Gabon, Milovan Rajevac, who is the head of the Black Stars has confirmed.

The Al Sadd forward who picked up an eye injury in Ghana’s 1-0 loss to Morocco on Monday, revealed after the game that he had been unwell for a few days but played because his teammates wanted him to.

Despite not training with the team on Wednesday, Ayew joined his teammates for a final training session on Thursday evening.

Speaking ahead of the game tonight, Rajevac said the 32-year old will be ready for the game.

“He [Andre Ayew] will definitely be ready, you know he suffered a knock and he was hurt and needed stitches, so he is feeling okay," the Serbian trainer said.

Ghana take on Morocco in a must-win encounter at the Ahmadou Ahidjou Stadium at 19:00 GMT.

The Black Stars must win against Gabon to keep their chances of playing the next round of the competition alive.