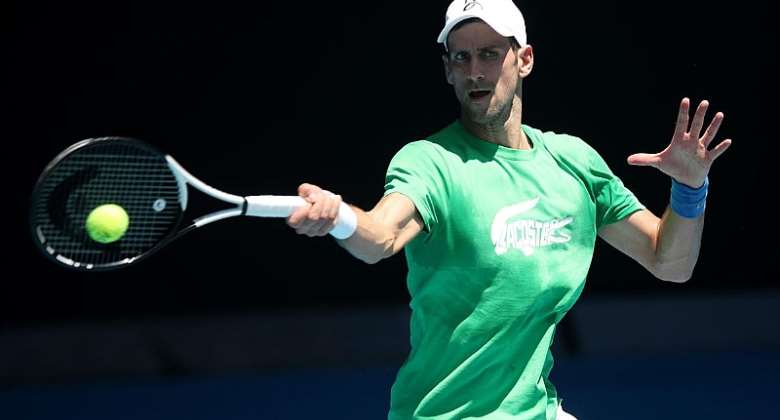 Australia have cancelled Novak Djokovic's visa for a second time.

Immigration minister Alex Hawke released a statement on Friday stating that he had “carefully considered information provided by the Department of Home Affairs, the Australian Border Force and Mr Djokovic” ahead of making the decision.

"Today I exercised my power under section 133C(3) of the Migration Act to cancel the visa held by Mr Novak Djokovic on health and good order grounds, on the basis that it was in the public interest to do so," added Hawke.

“This decision followed orders by the Federal Circuit and Family Court on 10 January 2022, quashing a prior cancellation decision on procedural fairness grounds.

“The Morrison Government is firmly committed to protecting Australia’s borders, particularly in relation to the Covid-19 pandemic.”

Djokovic originally had his visa cancelled last Thursday – a decision that was quashed on Monday by a federal judge – but Hawke has now re-cancelled the visa. A section 133C(3) decision means that Djokovic will not be able to get a visa for three years according to The Age, although there are potential exemptions on compassionate grounds.

The 34-year-old quickly launched another legal challenge against the fresh verdict, with the appeal set to get underway at 9:45 GMT (20:45 local time) on Friday.

The nine-time Australian Open winner had been drawn against compatriot Miomir Kecmanovic in the draw on Thursday, but questions intensified about his participation after it emerged that his pre-travel declaration form had been filled out incorrectly.

The uncertainty surrounding the cancellation of Djokovic’s visa has dominated the build-up to the first Grand Slam of the year, with Stefanos Tsitsipas saying that Djokovic had “played by his own rules”, making “the majority look like they are all fools".

For his part, Djokovic hit out on Wednesday at “continuing misinformation” surrounding his Covid status but did admit an error in judgement after conducting an interview with L’Equipe after testing positive.

The world No. 1 also blamed human error for a mistake on his pre-travel declaration form – he had answered ‘No’ to the question of whether he had travelled in the two weeks prior to his flight to Australia. He had been in both Spain and Serbia in that period.

"I understand that following careful consideration, action has been taken by the Minister to cancel Mr Djokovic’s visa held on health and good order grounds, on the basis that it was in the public interest to do so," Australian Prime Minister Scott Morrison said in a statement.

"This pandemic has been incredibly difficult for every Australian but we have stuck together and saved lives and livelihoods.

"Together we have achieved one of the lowest death rates, strongest economies and highest vaccination rates, in the world.

"Australians have made many sacrifices during this pandemic, and they rightly expect the result of those sacrifices to be protected.

"This is what the Minister is doing in taking this action today.

"Our strong border protection policies have kept Australians safe, prior to Covid and now during the pandemic."

The Australian Open begins on January 17.