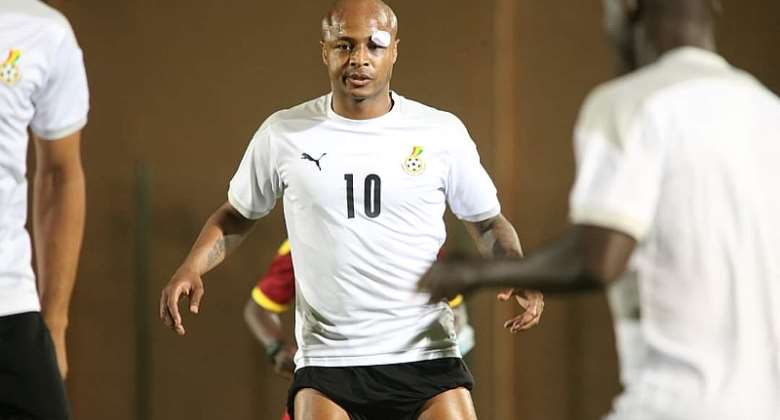 Ghana coach Milovan Rajevac has revealed that captain Andre Ayew is still in stitches but he is okay.

Ayew suffered a head injury against Morocco on Monday following a clash of heads which saw him bleed out.

The Al Sadd forward subsequently sat out of training on Wednesday, but Rajevac insists he is now fit despite being in stitches.

Speaking at a pre-match press conference, the Serbian manager refused to confirm whether the 31-year-old will feature against Gabon today.

“Andre Ayew is in stitches but he is fit and okay. Will he be selected for tomorrow? As for selection, I don't talk about it,” he said.

The Black Stars are aiming for their first win at the 2021 Africa Cup of Nations (AFCON) following a 1-0 loss to the Atlas Lions.

Meanwhile, striker Richmond Boakye Yiadom says the team has been training hard and hopes to return to winning ways against Gabon.

“The morale in camp is solely to get a win against Gabon. I always believe the downfall of a man is not the end of his life,” Yiadom said.

“We are not just here to participate because it's been 40 years since we last won the trophy so the agenda in our head is to make sure we make it to the final.

“Whatever happened against Morocco is [past] and we are now focusing on the game against Gabon where we need to bring the three points home,” he added.