2021 AFCON: Morocco out to flex muscle on minnows Comoros 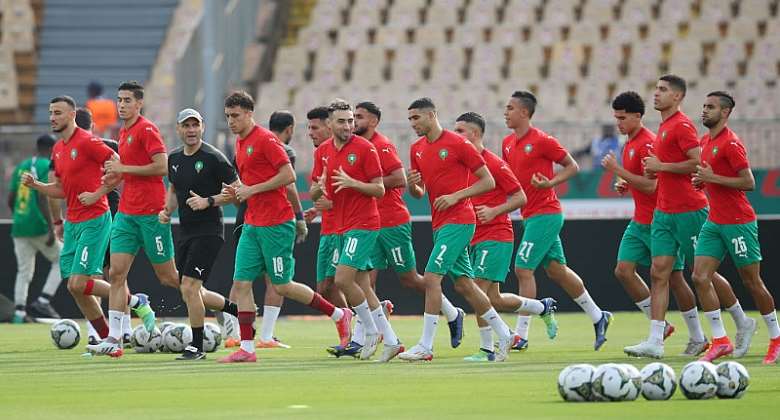 Morocco will face off with Comoros in the 2021 Africa Cup of Nations (Afcon) Group C match at the Stade Omnisport Ahmadou Ahidjo in Cameroon on Friday.

The Atlas Lions secured an impressive 1-0 win over four-time African champions Ghana in their opening group match on Monday as Sofiane Boufal grabbed a late winning goal for the North African side.

Morocco are currently placed second on the Group C standings and a win over tournament debutants, Comoros would see the 1972 AFCON champions move closer to qualifying for the knockout phase.

Boufal, who is on the books of French Ligue 1 side SCO Angers, explained that their win over Ghana's Black Stars has boosted the team's confidence heading into their clash with Comoros.

"We had a lot of chances to score the goal and we were happy in that shot," the 28-year-old forward told CAF Online.

"We knew that we would have a strong team forward and that we would not create facilities for us. The most important thing is that we have achieved our goal.

"This result motivates us and gives us the confidence to face the next game. We will continue to work and stay focused on our objectives."

Meanwhile, Comoros marked their debut appearance in Africa's most prestigious football tournament with a narrow 1-0 defeat to Gabon in another Group C game which was played on Monday.

The Coelacanths find themselves placed third on the group standings and they need to cause an upset against Morocco in order to keep their hopes of reaching the knockout stage alive.

Amir Abdou, the Comoros head coach, felt that his side lacked realism and lucidity against Gabon, but he has urged his troops to keep their heads up ahead of their clash with Morocco.

"We lacked realism and lucidity over the last 30 meters. They had an opportunity and hurt us. We tried to find spaces, put extra players in front of the goalkeeper," Abdou told CAF Online.

"But we were not having a good day. We took too few risks at the beginning of the game. Maybe they played tricks on us. It's extraordinary to be in this competition. We will have to keep working, persevere in what we are doing and continue playing our game.

"There is always disappointment after such a meeting but we will have to keep fighting. The next game is against Morocco, a formidable team. We will have to get up quickly. It will be necessary to know how to remobilize, to look ahead, to raise our heads to prepare the next game."

The last meeting between Morocco and Comoros was on 16 October 2018.

The two teams drew 2-2 in the 2019 Afcon qualifier at the Stade International Saïd Mohamed Cheikh de Mitsamiouli in Comoros.